The Problem of the Inflated Black Male Ego 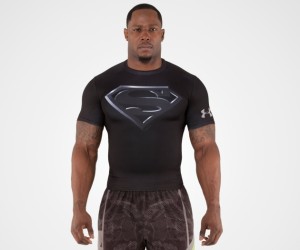 Becoming A Good Black Man is a Great Accomplishment.

As one, I think about it every once in a while. My public schools were all below average; I was more likely to turn to a life of crime; I was more likely to acquire less education (even compared to my female counterparts); I was less likely to earn more than my peers. And basically, there are years of discrimination and environmental factors that doomed me out of the womb to live a lackluster life.

So by the time I was out of undergrad with my two degrees, good paying job, and Acura (I miss her so much) … you couldn’t tell me sh*. Felt like I had won the lottery and all the new attention from the fairer sex was more than welcomed. I loved monogamy, yet I almost never gave anyone the “label” they were asking for because, well, I didn’t have to. I never treated anyone horribly, but I sure wasn’t nice.

Fast forward 6 years. I’m significantly better off than before, but I’ve learned (not sure where) humility (kinda).

Sometimes I sit and talk to young SBM (he lives in my head and calls me a punk from time to time) and ask him “Why are you such an a$$ and why are your friends 10x worse?”

See Also:  What I'd Want The Mother Of My Child To Be Like

We all know that many professional black men feel the same as young SBM (or worse). Dodging marriage and relationships and “getting it.” We know we are part of a very small and selective club. We know that the professional black women club is a lot bigger and wants us more than we do them. We know that while we will go grab a latino, white, or asian significant other, our female counterparts are far less likely. We know that we are highly desirable and there aren’t enough of us to go around. Don’t hate.

It re-dawned on me when I was back in DC talking to my single and equally as old friends. As they preached about the single life and being able to sample from the buffet that is women in DC, I sat there as an old man looking down on the youngins.

BUT, I will state now that women have a very large role in this problem. Speaking from experience, when I was an undergrad studying computer science and economics and grinding … girls weren’t feeling me the way they did after graduation. Many black women at that age (at least where I’m from) weren’t looking for the guy with future earning potential. After losing out on one of my female classmates to the guy in night school who boosted cars on the side (real story), don’t blame me for enjoying the fruits of my labor.

As a society, we all benefit if folks pair and produce babies. Children of success are more likely to be successful. And assuming we all want to see the disparity between races to disappear (or at least put us at top), we need to keep putting kids out there and make sure they rise. Lastly, with two incomes and more free time (because you aren’t dating) a married black couple can produce, for the greater good, more than two singles.

And there it is …

What is the cost of having so many of our successful black men not wanting to settle down? Is “running the streets” hurting the race? At what point does “keeping my options open” becomes an extraordinary display of ego?

Or am I just the old man talking that bullsh*?

tags: black society Dating male ego Marriage
previous Top 5 Things NOT To Do When Meeting The Family
next So Tragic: How I Got Catfished