Home Around the Web So Tragic: How I Got Catfished
Around the Web
Featured
December 4, 2013 Thought Catalog 9

So Tragic: How I Got Catfished 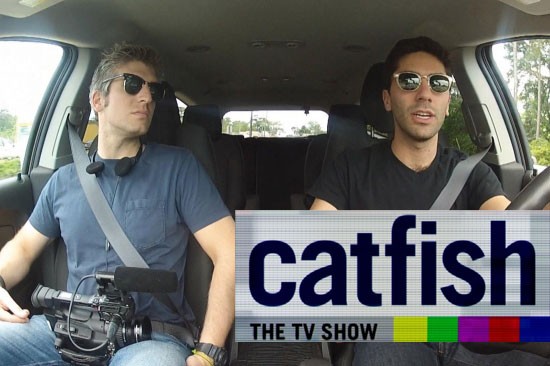 Even in my early years of childhood I was a skeptical kid. Santa? Not buying it, Dad. Tooth fairy? Suuure, Mom. How’s it going young man? Get lost, stranger, I watch America’s Most Wanted and I don’t trust any adults being cordial to a 10-year-old. This attitude has evolved over the years and I’ve always considered myself somewhat guarded and wary of people. Needless to say, the following only further pushes me down a dark pit of doubt and suspiciousness.

Now, I’ve watched every episode of Catfish and often play that role of an all-knowing viewer who mockingly calls people out for their sloppiness, wishful thinking and ridiculous willingness to trust. I’ve even questioned these people’s intelligence when they fail to proceed with caution or take logical steps such as talking via Skype or doing a simple ‘Google Image Search’ on their alleged lover’s far too good-looking to possibly be seeking out a stranger online Facebook photos. I’ve passed judgment and thrown stones until recently, I found myself in the midst of a scenario that would end so unexpectedly different than anticipated.

Her name was Marie. That’s all I knew at first. I’d like to make it clear that it’s different when there’s no Nev & Max doing the dirty work for you and being by your side for comfort if things don’t pan out right. I was on my own and when you’re riding solo, hungry – starving for this nourishment, you’ll start to believe anything and everything. Marie and I had been communicating for a while. Yes, it was only a few weeks, but it felt like months that we’d spent together, knowing eventually we had to meet. I found comfort in the fact that Marie left it entirely in my hands when we’d have our first encounter. I’d decide the degree and capacity of this meeting, and I felt as if that eliminated any suspicions because it’s such an open, here-I-am thing to do.

I’d seen pictures of her and I won’t go into detail, but I will say that Marie gave very detailed descriptions of what she wanted me to do to her. These specific instructions and her way with words were hard to resist, so finally I decided we would meet. Sunday night, Marie & I, finally putting an end to this game of charades.

Now look, y’all — I want to put this in perspective so you understand that I’m not a shallow scumbag. Marie & I’s connection wasn’t strictly based on aesthetics, but nobody likes being lied to, right? Here is the first picture of her – what I was expecting to meet on that hopeful Sunday evening: 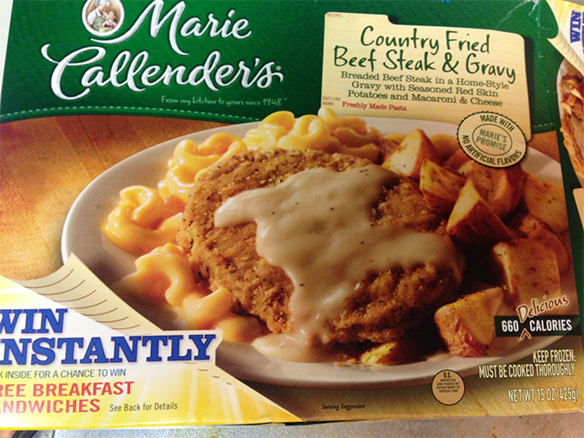 Beautiful, I know. The miniature sea of gravy on top of succulent country fried steak, covering a heaping pile of perfect macaroni and cheese with sexy, seasoned red skin potatoes on the side. A feast fit for a king, a love imagined by an optimistic 20-something guy. Again, I’d like to reiterate that I loved Marie for what was inside of that box, but look at the difference, visually: 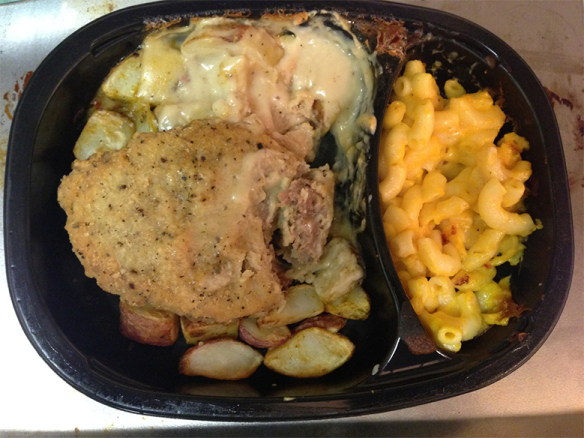 Clearly what Marie showed me was a façade and I can’t go for that. I felt betrayed. I tried giving it a chance, tasting Marie’s potatoes, scooping a spoonful of her dry, disappointing macaroni into my mouth but it just wasn’t right. Inside and out, she was nothing like she’d seemed.

See Also:  A Few Relationship Truths You Need to Know

I don’t mean to shy people away from trust and finding happiness in potential, but I encourage you all to be wary. Ask questions, check Google in advance, and perhaps consider trying Stouffer’s instead. You just never know if you’re falling for actual country-fried steak or mystery meat with Photoshop skills. Soldier on, folks, the frozen TV dinner for you is out there somewhere.

This article, by Christopher Hudspeth, originally appeared on Thought Catalog.

previous The Problem of the Inflated Black Male Ego
next Holiday Dating Explained: Should I Get Him a Christmas Gift?