The One Thing She Really Wanted 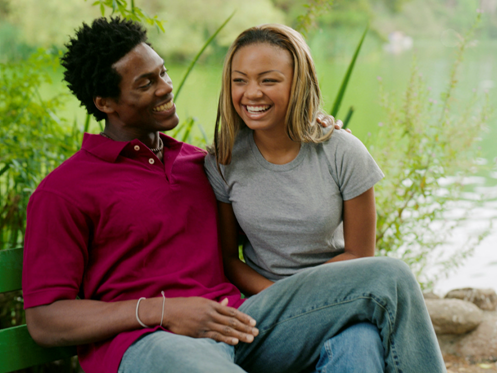 Duane’s nose nudged her hair to the side, exposing the back of her neck. He took a second to let the Acqua di Gioia he’d bought her a week ago serve as a reminder of his good decision-making. Before becoming intoxicated by the scent, he asked her a question he’d answered a month ago.

“What do you want for your birthday?”

Keya smiled. Her eyes widened at the thought of having a weekend alone with him.

“Nothing major. I just want to spend time together. That’s all. You’ve been working a lot lately.”

He laughed and looked over at the nightstand. There was no blinking or flashing on his phone. When he was under her canopy every Saturday night, he was under her recently negotiated rules. And house rules said the only thing he needed to touch in the bedroom was her body.

“I always have to work. It’s the nature of the beast. And you always say that. But for real, it’s your birthday. I’ll make sure it’s special.”

Keya knew what that meant. Of all the men she’d dated, Duane was the best at making the smallest occurrence a monumental occasion. Shoes for being beautiful. Bracelets for being born. Dinner at four star restaurants just for being of the divine. Everything was the finest because that’s what she deserved. His tokens of appreciation even drew the envy of her girlfriends. They always reminded her that she had a keeper. She always reminded them that grass looked different from afar.

See Also:  Did You Leave Your Panties at Home?: The Lost Art of Flirting

“You don’t have to go crazy with it this year hun. I just want to spend the time together.”

Duane kissed her again. His lips on her skin was his way of saying “okay.” He’d already thought about the party. He had the contact info for all her local friends and family. His work on the nightclub scene made it easy for him to get tables at any venue he wanted. This party would be epic. Duane could already see the flare on the Grey Goose bottles. It was going to be the most memorable birthday she ever had.

He spent the next two weeks making the final arrangements for her party. He put in the extra hours at the office to get ahead of his schedule. He didn’t want to be distracted on the 23rd, when he was certain there’d be loose ends to tie no matter how well he prepared. It was this attention to detail and proactivity that attracted Keya to him in the first place. He was a man that always had a plan, a backup plan, and backup to the backup plan. Duane was the epitome of calm, cool, and collected. She found it sexy. He found her. This party would be another reminder of his appreciation.

Then the big day arrived. Duane called Keya after dropping by the nightspot to make sure the decorations were in order.

She feigned a smile through the phone. She knew he had something planned. Something more substantial than the small thing she asked for.

“Ha. What are we doing tonight? You still haven’t told me?”

Duane wasn’t so calm and cool anymore. At this point, he was giddy. He couldn’t wait to see her face when she walked into Highlights and saw what he’d put together for her. He muted the phone to clear his throat before continuing.

“Oh, just out for a couple drinks then we can kick it.”

“Well alright. We’ll change that in a few hours. Love you.”

She hung up and laid back on her bed as two years of frustration and a moment of acceptance welled in her eyes. Keya looked around at the mementos and keepsakes — reminders of the story they had written over the past two years. The same things Duane did to earn her love were costing him what he wanted the most. She felt sick at the thought of what she’d have to do to his heart tomorrow.

See Also:  Let's Talk About It: Is Makeup A Cheat Code For Women?

Keya felt loved, but she didn’t feel understood. And despite the great sex, grandiose gifts, and unforgettable memories, she got everything but the one thing she wanted the most: his time…alone.  She wrestled with the realization that one of his greatest assets had become their relationship’s greatest liability.  Her shoulders rose and sank with disappointment when her doorbell rang at 6:58pm. If it were up to her, candles, music, and a quiet hotel room overlooking the night sky would be their only company. But she knew Duane, and he lived by the motto “go big or go home.” This wasn’t the way she envisioned she’d be spending her birthday, but she couldn’t go another day of feeling unheard.

She opened the door, smiled as she’d done so many times before, and grabbed her coat.

Have you ever been in a situation like this? How would/did you handle it? What do you think Keya should have done in this situation? How about Duane? Other thoughts are welcome!

This post previously appeared on SBM in February 2012. A lot has changed since then, so we’re making this post new again.