5 Reasons Why Men Should Not Date Women In Relationships 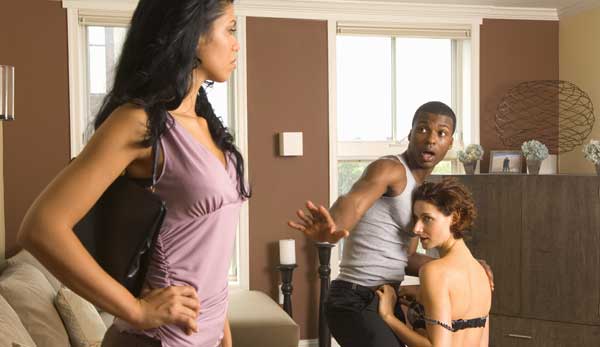 If you search through the backstreets of YouTube or World Star Hip Hop, you will see video evidence of men who make horrible mistakes. One of the most common of these egregious mistakes is getting involved with a woman who has a man. This is dangerous ground that I never like to tread. As much of an ego boost as it can give a man, once you get beyond the euphoria and adrenaline, you are left with many reasons to leave that woman alone. Here are a few pitfalls of dealing with a taken lady.

The Possibility of Multiple Boyfriends

It’s no secret that men think with our crotch and not our head. So when we see breasts, ass, and a million dollar smile, we have no effs to give about consequences. So what if she has a man? That’s not my problem, right? The only thing is that you can’t assume that you’re the only side joint. You cant even assume that she only has one boyfriend. My boy Kenny’s brother dealt with a woman who told him that she was involved with someone but “they were done.” You know he didn’t care. Kenny’s brother was curious and had to ask about what “done” meant. She proceeded to tell him that she was technically married but they didn’t have the money for a divorce. Yeah that was the first and last time he smashed.

In my younger days, if I had a dollar for every mission impossible escape I had to make from a young lady’s house, I’d be rich. My biggest fear is being interrupted during my long stroke yoga by some Jason Pierre Paul looking dude who wants to know why I’m defiling his women. Seriously though the “hey man I didn’t even know she had a boyfriend” excuse doesn’t always work with an enraged man, especially if it’s in his house! You can imagine the types of complications that can arise. Being badly hurt or worse by a scorned lover is not my idea of a Saturday night.

What if after all of her adulterous ways, she actually starts liking you? She may become obsessed, or do her best to convince you that this was an isolated incident and she truly loves you. What if you catch feelings too? Are you able to overlook how you two are in this situation? Maybe she thinks you are the one to make a honest woman out of her. If you don’t feel the same, things could get uglier than a Master P. sneaker!

There’s Enough Women In The World

I understand the adrenaline that comes with making bad decisions. That exhilarating feeling you get that helps you defy danger is second to none. However, the little satisfaction that you would get from taking another dudes woman is futile. All that work you put in for someone who’s already occupied   could be directed at a woman who’s single! Last time I checked, women were not an endangered gender. There’s TOO MANY women out here to be wasting time on women in any type of relationship. The added stress with worrying about a woman who has a boo is unnecessary!

It Can Happen To You

The worst mistakes I’ve seen friends make, is getting into a relationship with someone who was in a relationship when you courted them. The logic behind it is unfathomable. Wouldn’t you suspect that if things went sour that she will follow the same patterns as before? I’m not with the “once a cheater, always a cheater” mantra, but I wouldn’t call an alcoholic reformed if they got drunk during  AA meetings! Don’t fall for these type of women. At least let them get it out of there system AFTER the fact!

See Also:  Why Are Educated Black Men Obsessed with Being Thugs?

I’m the last person to judge people who cheat or decide to have a mister/mistress, but I have to point out the pitfalls to the fellas. Being a player is not that glamorous when you factor in the drama that can arise. Slay those occupied loins at your own risk!

This post has been updated since it originally ran in 2012, but you can view the original post and comments here.

previous Is It Easier For Pretty Women To Get Married?
next EPIC Video: A Man Problem...That Starts With Women