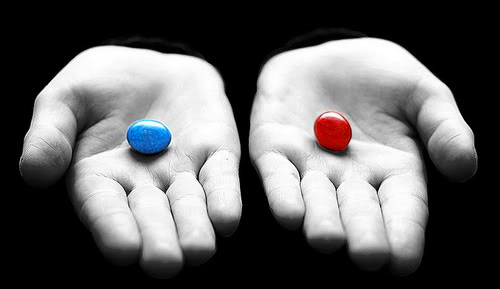 Years ago, Marckens P. wrote the post: “What are women really looking for in a man.” Sometimes what womenLOOK for in a man is different from what they really WANT from a man. Why aren’t the two connecting? Because what women notice in a man isn’t necessarily associated with what they will get from a man.  This makes the process of picking a man may feel like picking your poison.

In his post, Marckens distinguished two types of men: men with a “tough guy” imagine and men with a “nice guy” image. Marckens basically delineated that girls who pick the “tough guy” over the “nice guys”  set themselves up for failure: baby mama drama, infidelity and automatic heart break. Marckens suggests that women should look for things other than appearance of “strength and money” in things like gold chains, muscle cars, new J’s and slick talk, and instead look for things like a good job, education, and a nice pair of shoes in a man (a “nice guy”). However, the truth is “nice guys” can be as big of a failure as “tough guys.”

See Also:  Are Arguments For Better Or For Worse?

Usually the “nice guys” that Marckens describes in his post are busy with their own jobs and education and themselves which makes it hard for them to make their woman feel needed, wanted and special. Although the “tough guy” may know how to make their women special, guys with lower education or a regular job may present a differ type of problem to women: less security, protection, intellectual conversation and financial stability.Finding a guy with the full package is ideal and not impossible. However, judging men based on having a career and education or having swagger and a child, isn’t the way to go about it either. Neither of those things should make or break the relationship.

Tip for men: Independent women want something that they can’t already provide for themselves, so money and a degree is not always flattering. Care, time and attention is highly desirable. A hard working man who makes a woman feel special is essential, the rest can be subject to change.

My advise to women: don’t base what you are looking for on the outer representation of a man because you will never find what you are REALLY looking for. The real essence of a person is discovered with time and dedication.

SBM fam, what are your thoughts? Advice you’d give to each of the sexes?