Married Man Talk: What I Hate About Being Married 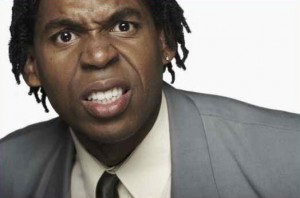 Before you read the title and get confused, I love being married.

I mean I really really love being married.

Today, I want to share with you the one facet of marriage that pains me. It’s something that I can never truly get away from and I have learned to bear. It’s annoying, but I  don’t see it ever going away. A small price to pay for the happiness I get, but still a price. What am I talking about?

Hating on “The Married Guy”

Now, SBM (you can call me Sean), is not soft. There has always been hating and good ol’ “going in” all throughout life. Men crack on each other. It’s what we do. But being the “married guy” is apparently some magical thing that can be thrown out there no matter the conversation. To get a better idea of what I mean, look at these (near) real-life examples.

Sean: Yo, let’s go to the lounge downtown instead of the other spot we talked about. Joint downtown is supposed to be straight.
Male Friend #1: Man, you can’t choose where we go with your married ass. We’ll ask you when we need to know which Bed, Bath & Beyond to hit up!

See Also:  30 Things All Men Should Experience by Age 30

Sean: It’s cold out here.
Male Friend #3: These married motherf***ers always talking about it’s cold. Go snuggle up with you wife with your old married ass.

Sean: (*at 1130pm at a bar*) Yeah, I think I’m gonna head home. I’ve got meetings tomorrow.
Female Coworker #1: Is that what it’s like to be married? Leaving your friends all early.
Sean: Half the people are already gone …
Female Coworker #1: Whatever you say. Go home and massage her feet!

That’s just a taste. Doesn’t matter if it’s about going out, what life on the West Coast is like, or my views on universal healthcare, I’ve never felt so much discrimination in my life (and I’m a black man in America). Some people have live-in girlfriends and have been in relationships longer than me … but doesn’t matter. This ring on my finger has put a target on my forehead.

Now, don’t think Sean can’t take a good joke. I’ve been “going in” since I was 5 (one of the kids in my pre-kindergarten class had on some old dusty looking Asics) so I can take it … but damn. At least try and be original. My jokes were never this lazy.

So, I leave all you with a simple ask … be funny, at least.

Sure, it’s easy to say “old married ass” at the end of a sentence and get a few laughs, but you also run the risk of getting punched in the throat. Might be your first joke of the week, but it’s the 328th for me.  If I walk over asking about “the turn up for tonight”, feel free to point out my regular date night at the movies. But, if I’m talking about where to get Chinese food … calm down.

SBM Family, what’s your thought on the subject?

– Sean “SBM” Blackman aka The Married Guy aka Writing Down Names for When The Table Turns!

tags: Marriage Relationships
previous 7 Bad Dating Habits That Need to Stop NOW
next To Breakup Or Not – That is the question