Why We Need to Change the Conversation About Engagement Rings 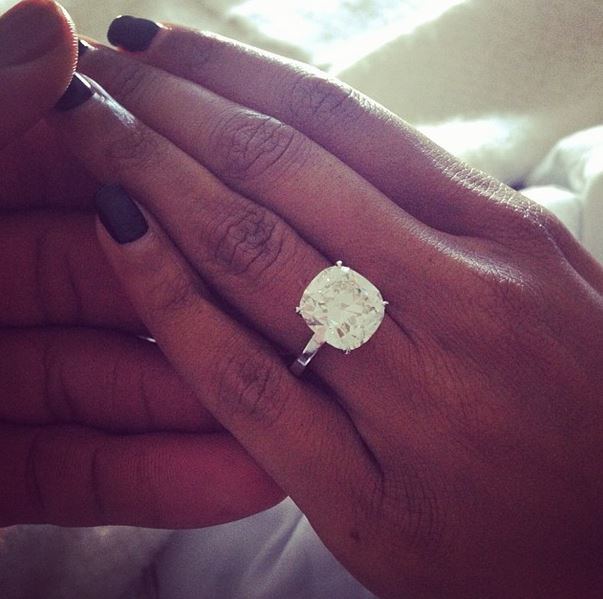 In the wake of Dwayne Wade proposing to Gabrielle Union, I am sure you all have taken a look at the engagement ring at some point. The rock is huge.  I am happy for Gabrielle and Dwayne. They have great chemistry, but I hope that gentlemen and ladies are not measuring their own commitment by the size of the ring. As consumers of products, television, and the news, there is a constant struggle with identity in us all. Human desires are converted into needs. The effects can be cyclical unless we think critically, in order to feel empowered and empower those around us.

Aren’t relationships about being secure in your own skin and choosing to be with someone who is also secure in theirs? Outside accessories cannot define what lies within a person, so they do not define a union between two people. A pair of Jordan’s doesn’t give you wings, and neither does drinking Red Bull. True Religion jeans don’t bring you much closer to God than watching the Bravo reality show “Thicker Than Water.”

I can envision a couple now discussing what kind of engagement ring is sufficient:

I’ll leave that scenario right there. From Kim Kardashian’s 20-carat ring from Kris Humphries, followed by Kanye’s 16-carat ring, and now onto Gabrielle Union’s ring worth $1 Million; it’s getting crazy. Dwayne Wade has the money, so he spent it. That’s his prerogative. Other individuals, on the other hand, who are not necessarily banking millions of dollars every year like Dwayne, need to reconsider. Either the gentleman has a dollar figure in mind and plans on surprising his lady, or the lady has a dollar figure in mind and wants her gentleman to buy exactly that. If there is a clash, the relationship will likely be tested.

In either case, both partners need to be on the same page. Some ladies do not desire a large, expensive ring, and some gentlemen do not have the desire to spend so much on an engagement ring. The commitment is shown in everything exterior to the diamond and within the connection between the two partners in union. Sneakers and clothing brands don’t define our youth, so why should the size of a ring define the level of commitment to someone else?

I am not advocating a movement of men to tell their soon-to-be-wives that they don’t want to purchase a ring. I enjoy hearing about the unconventional decisions to break away from the common consumer mentality of breaking the bank to buy one. A college friend of mine and her fiancé wear wooden rings, and that is uncommon and very unique. Everyone will not make that decision, but we all have the power of choice. Critical thinking skills are not just for in the classroom. They should be used in our everyday lives. In conclusion, all I am saying is that the conversations need to change, and if there is a price tag on the relationship then maybe it isn’t timeless as any union should be.

What do you think?

Amir is a research scientist and community activist, who is also inspired to not only see growth in himself, but in those he comes in contact with.

tags: alacrity amir engagement rings Guest Post Marriage wedding
previous Should A Woman's Past Ever Have An Expiration Date?
next 10 Silly But Relevant Deal Breakers for Relationships