Fight or Flight: The Break Up Reflex 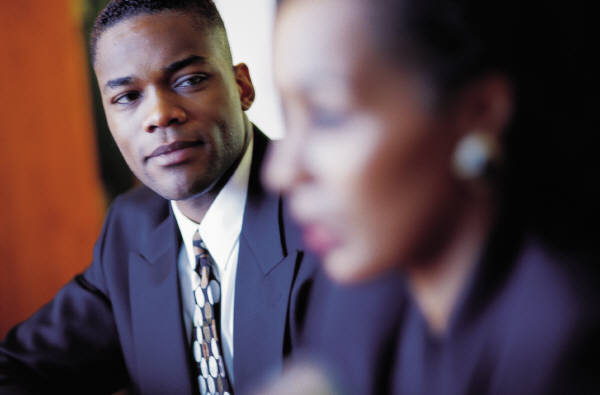 My break up  was over sex and religion.

We’d had the conversation several times before – even before we got together, but we kept going back to the bedroom. The flesh is weak like that! Eventually, I started feeling really convicted over the sex. The last time I approached her about it, she knew I was serious (for the moment), She said it was fine and she wouldn’t leave – that she understood, that it would be OK. Within 3 days, things got rough and she broke up with me. She said the only reasons a man stops sleeping with a woman are he is cheating, has something (STI), or religion. Her final words were, “This is not what I signed up for. I don’t want to come between you and God.” She literally gave me an ultimatum between sex and God. I chose my God. When directly given a choice between the two, I refused to comprise on my faith. She wasn’t worth the fight if that’s what she wanted to fight over. So here I am reflecting on past relationships and why we choose to fight for them, or not.

The survival fight-or-flight instinct is an automatic reaction that occurs in response to a harmful attack or threat to survival. It’s a really cool theory; it protects us from being hurt – and I think it also applies to relationships. I won’t claim to be a relationship expert, but I have experienced my fair share of them. And when they are ending, you have two options:  fight for the relationship, or walk away.

See Also:  Girls Are Not Your Friend

We’ve all been through relationships and breakups. It’s a part of life. Unless you married your high school sweetheart, most of us will have more failed relationships than successful ones. We have to go through a few Miss Right-Nows before we find our Queens. However, failed relationships teach us a lot – what we will and won’t put up with and what we do and don’t like. They are learning experiences and we should hope not to repeat the same mistakes. But what’s really important is why we break up. When I was dumped – after the raw emotions subsided — I took some time to think about why the relationship ended and why I didn’t fight for it. When people break up, I believe the reasons fit into two main categories: things you are willing to change and things you can’t.  Based on the reason, you can decide whether to fight and fix the problem, or fly because the situation is beyond your control.

As a man, my natural tendency is to fight, regardless of the reason for the breakup. It’s the “how dare you dump me” reflex. There’s absolutely no reason behind that other than male ego and pride. Sad but true. An immature man might win a woman back just to breakup with her on his terms. However, in reality there are only certain things that are worth fighting for: the things you are willing to change and are worth changing. The worthiness of those changes is based on your commitment to the situation. If your girl tells you she needs more attention, needs you to listen, or needs a commitment, those are things you can change, if you want. If she’s crying out for you, more than likely she doesn’t want to end it; she just wants you to step up.

Now if she starts talking about personality traits, your appearance, your kids, or your faith – there’s only so much you can do about those things. You could try to be a different person and change your personality – be nicer, kinder, funnier, meaner, etc. But unless you’ve really gone through some type of transformation, the new you won’t last long.  You could lose weight, dress differently, and grow hair. This change is a little bit more achievable, but is it really who you are? Kids – I hope you wouldn’t disown your off spring over a woman, but I’ve seen that done too. I’m personally a little weary of a woman who doesn’t have custody of her kids. And faith? I’m Christian and I refuse to compromise on that, but if your woman gives you an ultimatum between her and your faith that’s a choice you have to make on your own. I’m definitely not beyond sin, and I’ll probably sin again, but given a direct choice, I’ll choose my God every time.

So you can choose to fight, or fly. It’s definitely your choice, but take the time to think before you act and don’t let it be merely a reflex. If you choose to fight, make sure it’s what you really want and have a plan that addresses her concerns.  And if the situation ends, make sure you learned something from it. There’s no reason for us to repeat mistakes.

SBM family, what are your thoughts?

Trans-ParenSEE is a 30 yr old southern gentleman with a sharp mind and a sarcastic tongue. This poet and blogger is a realistic but hopeless romantic that that writes about real life from his prospective. Writing is his therapeutic escape to reality.

tags: breaking up couple counseling Guest Post
previous Why Unconditional Love Is Conditional
next 5 Names You Should Never Call a Black Woman