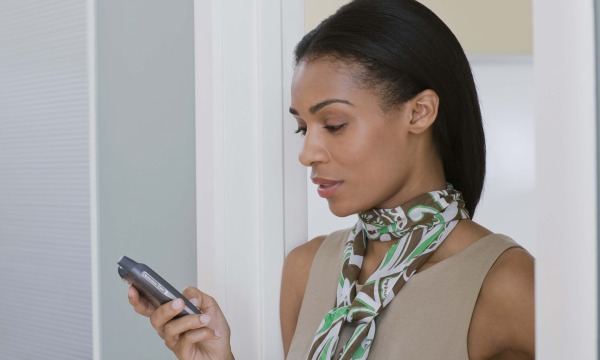 I love answering questions from readers and women. I can’t say that I’m an expert at anything or even qualified to offer an opinion. All I can say is that I don’t mind answering questions. I was roaming the internet the other day looking for inspiration for a post when I found myself reading a post titled, 40 Questions Women In New Relationships Have. I didn’t have much else to do so I figured I’d answer them. According to TheFrisky.com, “These 40 questions have mindf*cked women in new relationships for generations…”

My answers are below:

1. Does he actually want to be my boyfriend?
Not sure. Most times when a relationship has started a man agrees that he’s not interested in anyone else and wants to see if he can be with just you and be happy. He won’t know if he actually wants to be your boyfriend until a month or so into the relationship. At this point, he’s just sure that he’s not ready to (openly) sleep with other women.

2. Does he refer to me as his “girlfriend” when he’s with other people, or does he just call me by name to avoid a label?
It depends on if he’s a hopeless romantic, over-sharer, or private person. Since most people struggle with the definition of “girlfriend” these days, men are hesitant to use these labels. Most people interpret that to mean, “We’re getting married one day.” When in reality it just means, “we’re in an exclusive relationship and share some interdependencies.” Above all, don’t worry about it so much.

3. How do I know if he’s just using me for sex?
He’s not. You can easily find someone to have meaningless sex without a title. (Note: If you are the type to call someone your boyfriend without actually having a conversation about it, then he may be using you for just sex and you rationalize it by calling him your boyfriend. Don’t worry it’ll make sense later.)

4. At what point is it appropriate to have the “where is this going” talk?
Whenever you want it to end.

5. Should I initiate that discussion or should he?
See above.

7. If so, what has he told them about me? I need details.
Again, see above.

8. What did he find when he Googled my name?
The same thing you’d find if you Googled your name. (PS – Stop Google’ing mofos! In a world that is losing all sight of tradition, can we at least keep face-to-face interaction as the best source of getting to know a person?!)

9. Has he slept with more people than I have?
Most likely.

10. If I ask him how many people he’s slept with, would he lie about the number?
Most certainly. That’s better than when he tells you he can’t remember.

11. Has he ever cheated on someone?
Define cheating.

12. Why did his last relationship really end?
The two of them were not meant to be. If you give it time, he’ll either tell you or you’ll stop worrying about it.

13. Does he tell his friends about our sex life?
Hell no. You only tell your friends about women you’re f*cking, not the ones with whom you’re in a relationship.

14. Or worse, what if he says I have an ugly vagina?
If he remotely cares about you, he doesn’t talk about what your vagina looks like.

16. If he hasn’t invited me to meet them yet, is it because I embarrass him?
See above.

17. Why hasn’t he texted me yet? I hope he’s not with someone else.
Stop being paranoid.

18. Are we exclusive? Maybe I should bring it up. Actually, no, I shouldn’t.
Why are you in a relationship with someone you’re not exclusive with?

19. What about me, aside from my boobs, does he really like?
Um, he likes being around you for longer than the time it takes to have sex. That’s about all it takes. Don’t gas yourself.

20. What if he thinks some of my friends are hotter than me?
He does, get over it.

21. Would he ever cheat on me?
He might, don’t worry about it until or unless it happen.

22. Who would be in his bridal party if we were to get married?
Why would he have anyone in your bridal party? If that’s a dumb question then that lets you know this question isn’t something men think about at all.

23. How he would he propose to me?
You’re getting way too far ahead of yourself.

24. Better yet, how much he would spend on a ring?
See above.

25. What’s his salary? Don’t judge me…
Most men don’t get in a relationship with a woman if it will drive them broke. That’s all you need to know.

26. What if he only says he wants kids one day to get me into bed?
You’ll learn from it.

27. Does he think I’m good in bed?
If you have to ask that question, you’re not good in bed.

28. Am I the best he’s ever had?
Nope, because he cares about you. Don’t worry, this will make sense later.

30. Would his mom like me?
She shoved him out her vagina, wiped his shit, nose, any other bodily fluids that came out of him, missed days of work, promotions, nights out, vacations with friends, listened to his rambling stories, answered his infinite questions, taught him how to dance, how to “really” talk to women, and always made his favorite meal for his whole life. Insert you; you get to reap the benefits of all the hard work she’s put in.

See Also:  Is Your Significant Other Trying Help Or Being Annoying?

32. What would he do if I got pregnant?
Flip his shit like this:

33. Can I trust him?
You can only trust someone to be themselves.

34. How would he react if I farted?
He’d laugh… unless it was one of these:

38. How often does he jerk off?
I USED to think once a day was normal. I have since found out it’s not. Let’s go with… four times a week.

39. What would he do if I slipped a finger in his ass while we’re doing it?
Either punch you in the face, blow his load, or reveal to you that he’s bisexual.

40. Why the FUCK has he still not texted me?
There are various reasons why men don’t immediately text you back; most of them have nothing to do with him ignoring you. Here is a short list of reasons why he hasn’t texted you back:

Regardless of the reason… unless you’re admittedly a little psycho or crazy, the reason he hasn’t texted you back is because, HE’S BUSY!

This effectively ends the Q/A for today, if you have more questions, please send them to sbm@singleblackmale.org.

tags: funny honeymoon phase new relationships relationship questions response the frisky
previous Can Enitan Bereola Be Entrusted With Teaching Women How To Be Ladies?
next Can A Woman Help Him Be A "Good Guy" With The Fellas