Home Featured Can Enitan Bereola Be Entrusted With Teaching Women How To Be Ladies?
Featured
Relationships
Women
January 24, 2014 realgoesright 15

Can Enitan Bereola Be Entrusted With Teaching Women How To Be Ladies? 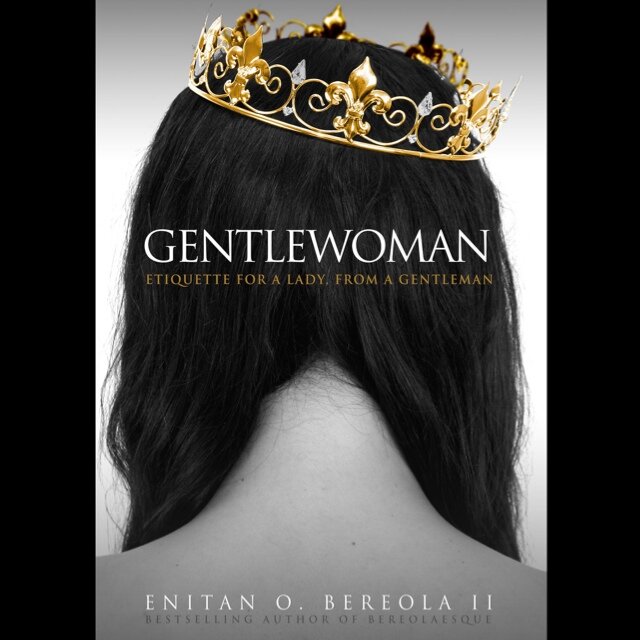 I’ve noticed throughout my online writing career that writing about relationships was the gateway for most bloggers. I know Steve Harvey wasn’t the chief purveyor of relationship advice before he exploded onto the scene with Act Like a Lady, Think Like a Man…but it appeared to spark an increase in relationship-driven content written by men and targeted towards women. Male bloggers were handing women the keys to all the things men were thinking and women, after years of trying to figure it out for themselves, devoured the information. I’m not opposed to men giving women advice on what to do in relationships. Relationships can be murky waters and if someone is willing to hand someone else a compass, then by all means. I never, however, liked this notion of men telling women how to be women. Enter Enitan O. Bereloa II (hereinafter referred to as Bereola). If the name doesn’t sound familiar but you’re on twitter, I’m sure you’ve seen the #Pleasantries hashtag cascade down your timeline before. That’s all him.

His newest book Gentlewoman: Etiquette For a Lady, From a Gentleman has been released. Admittedly, I scoffed at both the title and its tagline. After all, what would a “gentleman” know about being a lady? An important distinction needs to be made though. Bereola’s book is rooted in the idea of teaching women how to be ladies…not how to be women. There are a couple different avenues to be traveled with this nuance. For one, you might not believe there’s a difference between a lady and a woman. Secondly, you might not feel “being a lady” is something to aspire to. At no time have I ever given thought to what it takes to be a “lady,” but I will say I’ve known and felt the difference between women I’ve considered “ladies” and “regular women.” In any event, reading this book left me with mixed emotions. I’ll start with what I liked.

Stretching to 300 pages in length, Bereola is focused on building self-esteem, pride, selflessness, and self-respect into the women who are reading. He quotes well-known figures, like Hilary Clinton, John Legend, and Eleanor Roosevelt, to talk up the beauty, grace, and importance of what women mean and how their treatment in society needs to match their importance. Whereas most books of this ilk seem to be heavily focused on breaking women down to build them back up, he is focused on canceling out the negative and reinforcing the positive.

See Also:  7 Things I Learned From Shameless, Girls and House of Lies

What surprised me the most were the portions of the book centered around relationships. Some of the advice given is legit. While dating, Bereola advises women to “...celebrate authenticity and be unapologetically you.” Bereola is of the mindset that women should “turn down [their] worth for no one. Life is about balance and sometimes the experience is just better with a woman on top.” His words and enthusiasm for boosting the confidence of women feel so sincere that in spite of the last statement looking sexual in meaning, it reads as if he just wants women to win.

In addition to dating advice, he also has advice for women on  how to do their makeup, wear their hair, dress, act in public, and a host of other activities for transforming a woman into a lady. Bereola understands assistance is needed in these areas so throughout the book there are letters from celebrity fashion stylists like Toya Adedipe for fashion tips, his wife Letisha Bereola on makeup, and a surprisingly damn good interview with Meagan Good on relationships and how God played a part in allowing her to find happiness. In short, Bereola manages to dodge some bumps in the road given the nature of the book. Unfortunately, he ends up hitting quite a few potholes.

For all the good advice and labor of love provided in this book, I found myself scoffing repeatedly. One of the things that agitated me the most, and I’m not sure if it should, is the sheer amount of rules a woman has to follow in order to be considered a “lady.” I could see how a woman who’s interested in becoming a lady could read this book, and be exasperated by the amount of rules listed. It’s a bit overwhelming.

Additionally, some of the things Bereola suggests are so common sense I assumed the only way a woman DIDN’T know any of this stuff is if she was raised with wolves. For example, there are lessons on restroom and flatulence etiquette. I didn’t find these portions of the book necessary. Does a woman who wants to be a lady really need to be reminded to wash her hands when she leaves the bathroom? Or to excuse herself from the dinner table if she has to pass gas? One particular comment that raised my ire was “A lady is a flower. Flowers don’t stink.” Sometimes I’m not sure whether Bereola wants women to be ladies, or robots.

See Also:  Fifty Shades of Grey from a Man’s Point of View

My last issue with the book is its overall tone. Earlier I wrote that Bereola is writing this from a place of what I presumed to be love and affection. I still believe that, but it also feels like the kind of thing a man might tell his daughter. Not the kind of thing a man would tell a woman. I’m not a woman who’s trying to be a lady, so this book isn’t targeted towards me, so a woman reading it might not feel that way. As a reviewer, an outside observer, and a man who’s basically “peeking in from the sidelines,” there’s an overarching tone of “I know what’s best for you in this instance and if you want what’s best for you too, you’ll follow what I’ve written in this book.” I won’t deny there are women who need this type of instruction because they’ve lacked it in their personal lives, but I’m not sure how useful it would be for anybody else.

Over a year ago (right on this very site), I wrote a post geared toward women titled “Relationship Advice For Women: Please Consider the Source.” Having noticed the market for men telling women how to be women was getting out of control, I offered this perspective for consideration:

We talk about everybody else exploiting black people for their own financial gain…and talk ill of drug dealers and con artists. We say nada when ya’ll giving up all this money to regular Twitter fools calling themselves relationship experts. They’re breaking down black women, calling it “uplifting” and charging ya’ll for their services.

I’ve often wondered what kind of culture we live in where women readily run to men to find out answers I believed women would be better equipped to answer. Bereola wrote a 300 page book on how women can become “ladies” in society. The book is $20.44 on Amazon (at the time of this post). When I think about the amount of money he is about to make off this book, the speaking engagements he’ll schedule, and other fringe benefits that come from being a best-selling author on Amazon, Bereola and I are both chuckling (me on the couch, him on the way to the bank).

Though I believe Bereola has better intentions than most, there’s still a sort of exploitative nature at work. His book cannot exist without being aimed at a certain segment of the female population who either lack the appropriate social cues and contexts to pick this up on their own, or lacked the parental guidance necessary to not need a stranger to reinforce to women the importance of loving themselves. Yes, he’s providing a service, but to quote a friend of mine (a woman if it helps to legitimize things), it “doesn’t mean it’s a good one and it doesn’t mean he’s not exploitative in a way.”

I wish I knew the answer to why women allow men like Bereola to prosper in these endeavors, but I don’t. I have it on good authority plenty of women are fed up with this whole business, but so long as enough of them put money into the pockets of these men, books like this (albeit, not as bad as some of the other stuff I’ve read) will continue to be released. And the men that write them will continue to prosper.

In conclusion, while I think there’s some good to be found in Gentlewoman, I found an equal portion of the content questionable. Yes, there’s good advice, words of empowerment, and enough bigging up of women to make any feminist scream with glee. On the flip side, all the rules and regulations of policing a woman’s behavior to make her into a lady, overly common sense advice, and the overall tone turned me off. I won’t say this book can’t be useful to a woman, I’m just not sure how useful it would be.

tags: book review enitan bereola gentlewoman men telling women how to be women
previous How to Date Successfully: The 30 Day Return Policy
next 40 Questions Women In New Relationships Have – Answered