Home Empowerment Can A Woman Help Him Be A “Good Guy” With The Fellas
Empowerment
Featured
Men
January 27, 2014 Amir Figueroa 5 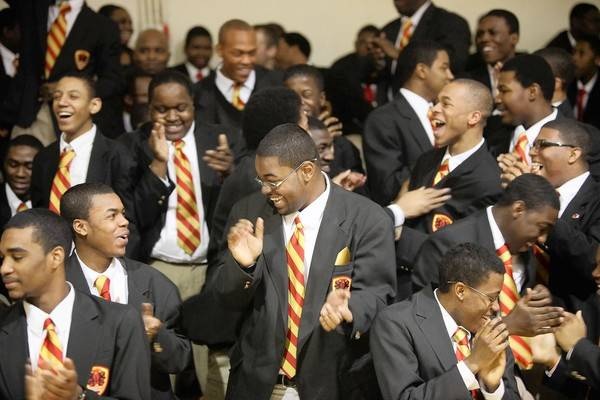 It is not always easy being the good guy surrounded by an aggressive group of men, who you refer to as your boys, fellas, etc. Being the good guy makes you the perfect “take one for the team” candidate. I find it funny when I’m out with one of my good brothers—as I refer to any male friend, family, or acquaintance—and we happen to have a drink at a local bar. We can be talking about anything, but let a group of women approach and the good guy is thrust into whatever is being explored by the single guys.

I tread lightly on the term “good guy”. Some would define a good guy as one who is in a committed relationship or chooses to be connected to whatever woman he speaks to. I tread lightly because the term may have different meanings for everyone. I digress.

For a long time I was able to hide behind the illusion of being a good guy with intentions of being fully engaged as opposed to my true intentions. Now I am a good guy, but it takes someone special to turn the mirror around and have you face yourself. Hiding behind this illusion allowed me to selfishly create connections with women who I had no plans of establishing a true relationship with. I was selling a dream I wasn’t providing. In the end I was walking away having been fulfilled, but leaving a disappointed woman in the dust wondering what the hell just happened.

And then beyond the illusion is reality, standing a loyal, committed, and trusting woman. That is until she discovers the illusion right before her eyes. She understands the trick exposing the illusionist. In being exposed the committed woman may question herself. What is she not providing that would drive her man to seek fulfillment elsewhere? Her self-esteem can quickly become quicksand, and she can drown in sorrow, depression, self-imposed guilt, etc.

It takes a strong, authentic, courageous woman to always see her man at his best, and to push him to that place. When she raises the bar higher, and he doesn’t match; she raises the bar higher. In this day and age, most people choose the easy way out, which is to leave. There is nothing wrong with someone choosing to do that, but if it happens again, they will continue to achieve the same result. That’s like playing in the mud and getting mad when your clothes get dirty. You were playing in mud, so they were bound to get dirty. It’s easy to step out the muddy pit, and wash your clothes off, but it takes a special individual to enjoy both the clean clothes and the muddy experience.

Now I’m not advocating someone stay in a violent or abusive relationship. Sometimes there are issues someone struggles with whose roots run very deep. Until that issue is pinpointed, addressed and uprooted, it will always be there. Liberation isn’t only for the victim, but the victimizer. That changes relationships for both people in the future going forward. What I am advocating is a different approach, though.

See Also:  Should Black People Vote for Obama Off GP?

The fellas need to be accountable to the good guy at all times, and not just when it is convenient. Stop surrounding yourself with “yes men” and have the courage to have guys that call you out. On the flipside women need to raise the bar higher. If he doesn’t meet it, raise it higher. If he continues not to meet it, then move on until your vision for who you want to be with materializes into thin air. And if there are issues that run deep for either individual, address them and uproot them, or else the bad fruit that is produced will continue poison those who eat of it. Sometimes addressing the issue is seeing a therapist or a counselor, and there’s nothing wrong with that.

Do you continue to raise the bar? Do you hold your friends accountable? Do you check out of relationship, after relationship, at the slightest mistake or flaw?

tags: do the right thing hanging out with the fellas role models
previous 40 Questions Women In New Relationships Have – Answered
next 5 Ways to Prevent Self-Sabotage in Dating