Home Featured Why You Should Wait to Get Married
Featured
Marriage
Relationships
February 12, 2014 Guest Post 33

Why You Should Wait to Get Married 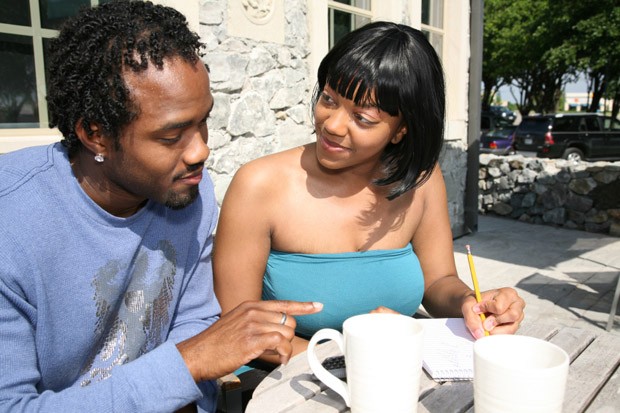 Now that the drinks have been poured, the black-eyed peas and cabbage have been eaten, the midnight prayers sent to heaven, and the hangovers are fully nursed, 2014 has officially begun along with a new set of challenges to tackle. The most pressing one being to stop writing 2013 when it should be ’14; that -ish is annoying as hell. I especially have to remember that change in years because it directly correlates with how long I’ve been in my current relationship. My lady and I met shortly before the end of ’09 and had our first date after the year turned to 2010, which means that that nice big 4 at the end of the year stands for the number of years we’ve been together. In fact, as of today (the day I’m writing this) it’s the anniversary of our first date.

Being with someone four years comes with its challenges, but none as big as the marriage question. Fortunately, I have one of those awesome girlfriends that think along the same lines as I do; and when I say along the same lines, those lines represent the “We’re not ready, yet” ethos. Unfortunately, we also have some pushy friends and family who feel like we’ve been together long enough to figure out if we want to take it to the next level. However, we’ve made the decision to wait together.

Oftentimes, when dealing with friends, family, and nosy co-workers, the default opinion is that I’m the one holding up the wedding because I’m a man, and everybody knows that the men are always the one’s holding up the party. Nope, it’s not because we believe that there are still more issues we need to discuss amongst ourselves as far as expectations are concerned. And it certainly isn’t because we need to mature as a couple. It’s because in every story you’ve ever heard about a long-term relationship dying, it’s usually the man’s fault because of his lack of commitment…except when it isn’t.

It’s totally become a pop culture cliche that marriage plans fall apart because of some no good man, who refuses to stop sowing his royal oats or whatever; and because of that cliche, I have to bear the brunt of everyone playing Judge Mabliene, telling me that I “better put a ring on it or lose a good thing.” Granted, at 31 years young, I admit that I would like to be married with a kid by the time I’m 35, but right now, the time just isn’t right.

Societal norms say that after three or four years, you should at least be planning a wedding; but if you think about it, that time frame is minuscule compared to the time that a marriage should last. Four years out of forever is not a long time. It’s long enough to feel like you’ve made a good choice, but it’s not long enough to determine if forever is right for both of you. With that said, I believe that the rush to get married is based on a desire to keep up with others in your circle, and the main contributor to the 50% divorce rate. If the 50% of divorcees had taken the time to really iron out any expectations and problems during the dating phase, maybe they would have determined that they weren’t right for each other; or maybe they would have worked out certain issues early so they didn’t fester like a cancer in the relationship — ultimately leading to the loss of half your ish “no fault” divorce.

See Also:  A Man Complains: We Only Communicate Through Text

I blame this epidemic on the fairy tale happy ending that’s force fed down our throats for our entire lives from the terrible twos all the way up to wherever you are now. That’s not to say that some couples enter marriage after discussing all the issues and concerns that they have at the time. People change over time and people grow apart. That’s a part of being human and nothing is going to change that; but if it were only those couples that contributed to the divorce rate, I’m pretty sure that the divorce rate wouldn’t even come close to 50%.

Ultimately, marriage is an extremely intimate institution that should be decided by the two people involved. Not by friends. Not by family. Not by co-workers, and especially, not by pop culture. Nobody wants to die alone, but I’m a firm believer that dying alone is much better than dying bitter because you wasted a huge chunk of your life with a person you only agreed to be with because of pressure from outside sources.

Let me know what you think and I wish everyone out there a very successful, blessed happy new year! Now let the church say Amen!

Calvin Sellers is an aspiring writer from Hampton, Virginia who’s earned a Bachelor of Arts from Old Dominion University. He’s currently working on building DrunkCouple.com and you can reach him on Instagram @Calous or Twitter @BlaqVegeta. You can also read about his early days on blogspot.

tags: Guest Post outside influences waiting for marriage
previous He Wanted To Date My Job, Not Me
next Olivia Pope: The Sidechick Financial Plan