How Singles Cope Without Cupid on Valentine’s Day 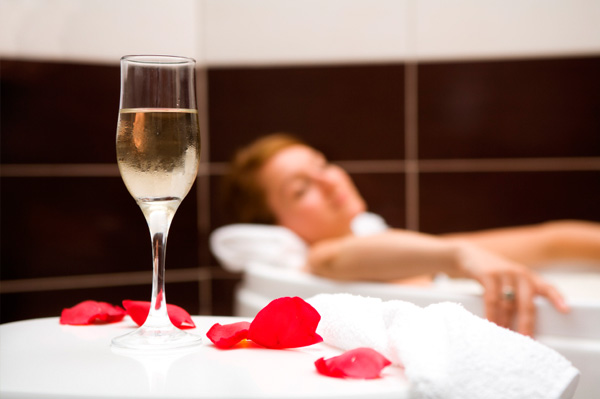 Valentine’s Day can be the best of times or the worst of times depending on whether or not the day ends in coitus or calamity.

The best can be summed by spending quality time with your partner. Sharing a meal, gazing at the heartfelt gifts and partaking in adult acrobatics.

The worst is obvious: spending the entire 24-hour period crestfallen because it seems everyone in your vicinity is basking in the glow of the blessings Cupid has provided everyone except you, of course.

The days leading up to Valentine’s Day for those with love, and absent of it, will be one of extremes.

Displays of public affection will go into overdrive for couples. Increased hand holding, kissing, snuggling on the street and in cyberspace are sure to accelerate past levels that only rival experiences felt during championship parades.

The flip side assuredly is setup to be one where singles do everything in their lonely hearts to pretend Feb.14, 2014 does not exist. I’ve already read and heard proclamations from this sphere that they will treat it like any other day. Work, gym, dinner, TV, scripture reading, self-pampering and then bed got dammit, and that’s the way it’s gonna be because they’re happy being single! Note to self: if you have to announce that you’re not going to celebrate with the same vigor as the majority of the population that probably means you’re just A LOT more insecure about the position you’re not playing.

I once was that guy. I would vent to friends, family members and Facebook about how much Valentine’s Day was a hustle. How the people of America had been bamboozled by capitalism, and the need for Hallmark to sell more cards to improve their corporate stock. I even went so far one year to take down Valentines Day biblically by pointing out that it was a pagan holiday created by Lucifer himself to steal souls away from God.

It was just the womanlessness talking, as it will be for millions of men and women whose thirsty advances will not be reciprocated.

Womanless again for Valentine’s Day this year, I’m not going to be a Valentines Day terrorist. And I’m not going to attempt to artificially boost myself esteem by hijacking the holiday with haughtiness about singledom. However, I can understand why so many in this state can be cumbersome. Humans in general balk at the idea of something they can’t have or participate in constantly waved in their faces. We want to be included in the party. It’s humbling to be left sitting on the pine watching everybody else play. Valentine’s Day can be such with never ending jibber-jabber about flowers, candy, gifts and spending money – lots of money that won’t be spent on you. It creates resentment, envy, strongly worded social media posts and needy texts to the ex or that person you hung out with a few times.

To counterbalance that, singles must project (almost peacocking in a sense) how much more fulfilled their lives are than their peers who are in relationships. It’s called not trying to be the stereotypical single even though you passive-aggressively (or just aggressively) denounce Valentine’s Day therefore exposing stereotypical single traits.

The idea that the promotion of love could turn otherwise decent people into mongrels, and the aloof into unexpected heartthrobs, are reasons why Valentine’s Day should encompass good times for all until Feb. 15.

Darrell is a professional writer who covers crime waves from an Oklahoma newsroom by day. He also doubles as a part-time blogger when he wants to create his own mischief. You can follow this Chicago-born scribe on Twitter @KD_Marshall

tags: cupid Guest Post single valentine's day
previous Are You Following These Relationship Rules in 2014?
next The verified twitter account, the VIP of the online world?