Date That Man: 6 Reasons Girl Code Should Be the Exception, Not the Rule in Dating 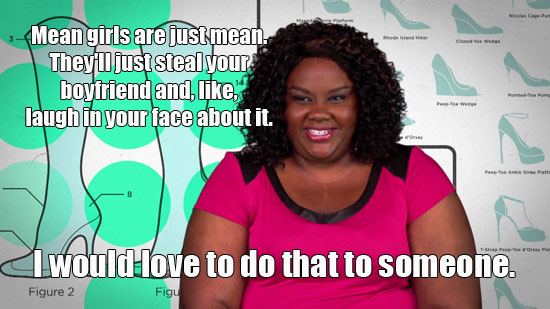 Black women are destined for a life of singledom. Haven’t you heard?

It’s been estimated that 42 percent of us haven’t married. That’s twice that of white women. Eeeekkkk!

And if we wanted to get married, 1 out of 12 of us wouldn’t, even if every black man in America married a black woman today.

While there are a myriad of reasons attributed to this bleak outlook (i.e. black men don’t make enough, aren’t tall enough, aren’t out of county jail long enough), one that is not often explored is girl code.

Girl code is that asinine set of rules that preclude a woman from dating a man. A friend woman I’ve spoken to twice in the last year dated had a few sexual encounters with over the course of the month a man five years ago; therefore, he’s off limits to me. Feeling pressured, women avoid pursuing relationships with men that have a past – and limited – history with friends of friends or even a close friend for sake of a code that leaves them desiring a relationship.

Why voluntarily sabotage a chance to have a meaningful relationship for the sake of a rule that is nothing more than a cockblock in disguise?

While I don’t advocate dating your friend’s ex-fiancé or baby daddy, everyone else has the potential to be fair game. Rules are meant to broken, and here’s when you should consider breaking the girl code:

1. The person is an acquaintance, not a friend.

Yes, there are levels to this sh*t. I often loathe quoting rappers, but if the shoe fits…wear it. There’s a difference between an acquaintance and a friend, and all too often we use the two interchangeably. Attending happy hours at the local bar and grille and discussing the latest episode of Love and Hip Hop qualifies one as an acquaintance. Eating Sunday dinner at one another’s home and helping plan one’s pending nuptials qualifies one as a friend. Therefore, if an acquaintance dated a man a few years ago or even a few months ago, you are perfectly well within your dating rights to also date this man. Allowing someone you have no depth of a relationship with to significantly impact your dating life is a missed opportunity if you truly desire to be in a serious relationship.

See Also:  How Singles Cope Without Cupid on Valentine's Day

Yes, there could be some awkwardness if you, he, and she were in the same room together. However, if you exhibit a certain degree of transparency (easier said than done), there won’t be any surprises if you were to all end up at the same birthday gathering. Last year, I had a moment of transparency with an acquaintance around a man I was embarking on a new relationship with. (Disclaimer: While the two never dated, I met her through him and envisioned she might feel some type of way). The irony is that it was the first time this acquaintance and I had ever spoken on the phone which qualified even more that she wasn’t a friend. I of course knew that, but others didn’t. That’s another story; however.

Men lie, women lie, date receipts don’t. While it can be challenging to digest that a friend is lying, woman can often misappropriate and embellish the degree of interaction they had with a man. For instance, a few in-door movie nights and make-out sessions over the course of winter translates into “We dated for a few months.” Or a few text exchanges equates to “We used to talk.” Either your friend is delusional and needs someone to pray for her or she’s intentionally misleading you for her benefit. Don’t be manipulated into not dating someone based on a flawed or unfounded dating history with another.

3. The dating history can’t be verified…by either party.

This is a gray area compounded by he say, she say. I’ve witnessed countless woman say they dated a man only to have him offer a contradictory story. Somewhere in the middle, the truth lies. And if it can’t be determined, don’t make any permanent decisions around whether or not you will embark on a relationship with someone new. But if someone truly is your friend, it begs to reason that you’d (for the most part) be aware of whom they have dated. If not, either the “relationship” wasn’t that serious or your friendship isn’t.

Yes, I too thought that crushes ended in the 12th grade. However, many women firmly believe that if they have a crush on someone it automatically precludes any of their friends and acquaintances from dating the man in question. However, let’s look at it from the opposite end:

Imagine if you were interested in a man and he tells you he can’t date you. His reason isn’t because he isn’t interested, but rather that his friend is and therefore, he cannot date you. It sounds quite silly, doesn’t it? It also sounds like a cockblock.

While there are plenty of fish in the sea, they aren’t all edible. It’s rare when you can find that person that completes your sentences, appreciates your quirky laugh, and makes you tingle when you see their name pop up on your iPhone. When you do, you it owe to yourself to pursue and not be hung up on a girl code that leaves women proudly proclaiming “There’s plenty of men out here” and “I’m single by choice.” Yea right.

Grown women do grown women things and that entails dating men of your own choosing.

What’s your take? Are there exceptions to the girl code and if so, what are they?

Mo is a former military brat turned adult military brat currently dancing and emphasizing in Atlanta. You can find her here on Twitter.

tags: breaking the rules girl code Guest Post
previous Why Men Hate Dates: The Dishonest Woman
next When It Comes To Relationships: Nobody Has a Clue, Yet We're All Experts