Home Dating & Relationships Dating Why Are We All Looking For The Same Person And Relationship?
Dating
Featured
Relationships
February 26, 2014 Gee 28

Why Are We All Looking For The Same Person And Relationship? 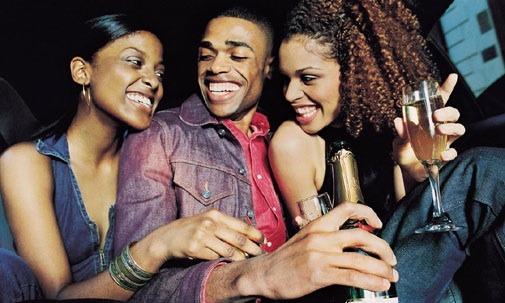 The thing is, he stated that he wants to settle down with a “good girl.” So he plans on attending church regularly; not because he’s experiencing some type of spiritual awakening, but because he figures that that’s where he’ll find a good girl. Namely, a girl with a non-existent to very minimal body count.

Now to make things even more interesting, he’s already expressing angst about the prospect of settling down – he doesn’t know how he’ll be able to fully give up the women he’s used to dealing with. He has a thing for overtly sexual girls. He is also hesitant about how he will be able to stay faithful. He enjoys threesomes and in general, having sex with a variety of women. Still, he feels it’s time to settle down because he’s “at that age” and it’s simply “the thing to do.”

It had me thinking: in many ways, we’re guilty of doing the very same thing that my friend intends on doing. Society has laid out this generic checklist of what an ideal long term partner is or what our relationships are supposed to look like that we’ve been mindlessly following. And in my opinion, it’s led to nothing but disaster (and quite possibly the skyrocketing divorce rate).

These ideologies have been pretty much indoctrinated in us since childhood. For some reason, we all plan on being monogamous. We all plan on getting married. And when we get married, we all pretty much want the same carbon copy of a person. But it’s not because this is the lifestyle we all just coincidentally happened to find desirable. We all didn’t just happen to find the same type of human features and characteristics attractive. Society has imposed these standards and guidelines upon us since birth.

We pick these people, not necessarily because it’s what we want, but subconsciously, we want other people to approve of them. We’re letting our family, friends’, and coworkers’ opinions on what a good long term partner or relationship looks like dictate our relationships and ultimately, our lives.

We follow these stupid black and white hard and fast rules, but what if that’s not what we want? What if that doesn’t work with who we are and the lifestyle we truly want to live? Why do we still follow them? There are 6.5 billion people in the world and we all come in our own flavors and with our own  preferences and emotional baggage. It makes no sense that we are all following the same checklist and relationship guidelines.

We fear the backlash from being with the type of person we really want or from having the type of relationship that we inherently crave. We stick to hard and fast relationship rules because they’re easy and we figure they’re tried and true. But what’s good for the goose isn’t good for the gander and what worked for your married friend or your parents won’t necessarily work for you. In a lot of ways, we’re not trying to satisfy ourselves, we’re trying to appease societal norms and we’re letting that hinder us from a true connection.

Why do we insist on following these relationship guidelines that may not work for us?

tags: Dating relationship rules Relationships
previous Is a Title Necessary for a Healthy Relationship?
next On Men's Condomlessness and the Side Piece Baby Boom