The Double Standard of Vulnerability in Men and Women 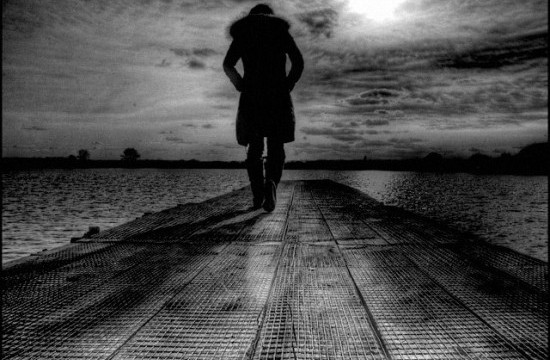 Even though we’re all human first and foremost, men and women are not the same. In fact, in many ways we’re opposite, but we’re not necessarily in opposition. At least we don’t have to be. Due to the natural yin/yang dynamic that this universe requires for harmony, men and women will always want different things from each other. This creates a series of organic double standards, most of which will always exist because they’re based on us having complementary needs and preferences in each other.

The perfect example of a naturally occurring double standard for men and women is vulnerability. I find vulnerability and the willingness to show it openly to be incredibly sexy in women. Part of it is because I see it as a feminine and endearing characteristic. A strong dose of feminine energy is really sexy to me as a straight man. It’s also attractive to me because I’m a human and I know that love, honesty, and cooperation are built on vulnerability. The world needs it. It’s one of the pillars of humanity. However, life in reality is often cold, cutthroat, and dangerous. So since we don’t live in Utopia, I don’t recommend anyone be unapologetically vulnerable to everyone that crosses their path. That would be a terrible idea. That’s an extreme approach that many people assume men want from women when we say we want them to submit and be feminine. We don’t want that though. It’s as impractical and dangerous as it is extreme. There are too many predators out there. Plus the general population has too many untrustworthy, manipulative, and selfish people in it for us to go around being vulnerable with everyone without taking people’s character into account.

See Also:  The Single Life is The Best Life

Being apprehensive about vulnerability is understandable, but when you find a person you can trust, who’s worth the risk that comes with being vulnerable, then holding your vulnerability back is gonna do you both more harm than good. This is where the natural double standard I mentioned comes in. Most of the women I know like for their men to NOT be vulnerable by default (to the general public so to speak), but to gradually open up and be vulnerable to them personally after he comes to trust her.  They would prefer their men have an edge and come off like the one who could (even if he chooses not to) exploit other people’s vulnerabilities but keeps his own vulnerabilities well-protected, accessible only to those with top level clearance. Most of the women I know hope to earn their man’s vulnerability because they were so valuable to him emotionally that he couldn’t help but to share it with them. They know this may take a while, and they respect him all the more for it.

As a man, the reverse is true. I want a woman who has good instincts and knows who she can/should be vulnerable with fairly quickly. I want her to share a lot of her vulnerability with me early and often because that shows me how much she digs me. It also shows that she has confidence in her decision making skills (and taste in men). She knows the calculated risk she’s taking by letting me get close to her, but she has faith that I’m worth the risk. It’s courageous and confident. It also shows me that she has enough intimacy with herself to share it with the right man and that she doesn’t have any hang ups about doing so when she finds such a man. And if we keepin’ it all the way 1 hunnid, I’m gonna be pretty stingy with her vulnerability, so I prefer her to be sure about me being the right one. I don’t go for the “Maybe I’ll grow on her” approach. #nocountryforindecisivechicks… but to reiterate, she can’t be giving this type of access out all wily nilly to other men that ain’t family though (friends is a whole nother topic).

See Also:  Who Got the Hook-up? Wealthy White Guys.

Everyone doesn’t deserve something as special as the intimacy of a quality woman. So if she gives it up to people that don’t deserve it, she’s gonna end up wounded, bitter, and with trust issues when it comes to men. Basically she’ll begin to make herself less attractive due to bad decision making. If she’s selective, but very giving with her intimacy, then everybody wins. If she’s bad at selecting then the Internet won’t hear the end of her woes. Ladies, don’t lash out at “men” because some unworthy men abused your intimacy. Instead, you should use that energy to figure out how to choose better and improve yourself (emotionally and spiritually) so the dudes who are worthy of your intimacy will come choose you. We can feel your energy. It gives us a sense about your relationship to vulnerability and definitely influences how attractive you are.

This topic is but one example of a double standard that I have no problem with, since for the most part both genders are satisfied with it. It fits very nicely. She doesn’t mind me being careful about revealing myself. She likes a little mystery,intrigue, and (especially) challenge and she gets to stroke her own ego “warming me up” to her. I get to know how highly she values me from the get go without all the fronting, indecisiveness, and game playing. I don’t have to worry about wasting my time on a manipulative or indecisive chick. Give yourself reason to trust your judgment by picking men worthy of being vulnerable to. Do us all a favor.

T.Q. is a Georgia native and part-time writer who enjoys using blogs to challenge his own perspective as well as the beliefs of random strangers. He likes getting to the core of issues and leaving no elephant in the room unaddressed. So you can converse with and learn from (and with) him or deny and debate him, he’ll most likely enjoy either approach. Let the good times and great discussions roll.

previous My Experience Dating A Celibate Man
next Can You Be Satisfied From No Strings Attached Sex?