Home Featured Can You Be Satisfied From No Strings Attached Sex?
Featured
March 5, 2014 Gee 17

Can You Be Satisfied From No Strings Attached Sex? 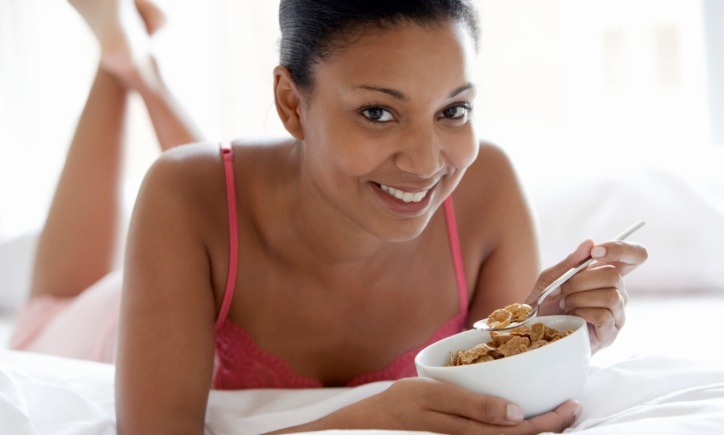 So, I read this article recently that discussed whether or not women are capable of enjoying No Strings Attached (NSA) Sex.

Now, I take issue with the theme of this article for one critical reason: the title assumes and generalizes that all men enjoy NSA. The article itself touched on the point that many men do not enjoy NSA sex, yet women were still the only ones put into question which I find absurd.

Anyway, to answer the question, physically and biologically speaking, ofcourse women can enjoy NSA Sex – in that moment. A more appropriate question would probably be do we enjoy it as much as men? And do we feel as good afterwards? Now, that i’m not sure of, quite frankly.

A hook-up is “any sexual encounter that is unplanned, casual and has no promise of a future.”

As I explained in a previous article, women get aroused in a different way, in a slow build. Men are more like an on-off switch when it comes to sexual arousal.

We have to acknowledge these biological differences because they have a huge impact on whether or not we’re cut out for NSA sex and if we truly enjoy it. Hook-ups by definition lack that build up and emotional stimulation that many (not all!) women need in order to be fully sexually satisfied.

Generally speaking, women taker longer to warm up (and lube up) for sex and we are more connected to sex mentally as opposed to visually (I am not saying we don’t get turned on visually because we absolutely do, but that’s probably more of an added perk as opposed to the main attraction it is for men).  The fact is, women are women. And biologically speaking, us women are different from men. We view, treat, and enjoy sex differently. Let’s stop debating this, this is fact.

Now here’s an interesting quote I got from the article: “Although both women and men reported feeling dissatisfied with a lot of the hooking up they did do, women were particularly dissatisfied, probably related to the fact that their pleasure was secondary to the man’s.”

It is only natural and almost inevitable that a woman’s pleasure would be secondary to a man’s in a NSA situation. This is most likely due to the fact that our arousal takes too much time and effort for a man that is not invested in us to cater to.

Studies have shown that during hookups, most men are not as focused on the woman’s pleasure as they are with someone they love or feel strongly about. They are more focused on their own enjoyment. The nature of the sex often times reflects this. In a study where female college students were asked about their most recent hookups, more frequently than not, the women had not experienced an orgasm. In several other cases, no vaginal penetration took place at all. Instead, many times, the hookup only consisted of the woman performing oral sex on her sex partner.

See Also:  Five Relationship Flaws Nobody Ever Talks About

During NSA sex, women’s pleasure is often times neglected, this fact in itself will prevent women from enjoying hook-ups as much as men.

That said, if as a woman, you choose to engage in NSA, to ensure your fullest enjoyment, be proactive about having your needs met during the act. The only way women will get satisfaction is if we acknowledge our differences in sexual arousal and advocate for them instead of basing our sexual attitudes on pleasing men and in trying to prove that we are identical to them in every way. If he’s getting oral, why aren’t you getting some too? If he’s getting an orgasm, don’t you deserve yours too?

Men, (if you care enough to) in the situation, make sure she gets hers too. Mutual respect and consideration is critical to any satisfctory sexual experience.

Do what you will with this information. If you’re considering NSA, contemplate whether or not you will fully enjoy it. Not only during the act itself (because obviously it’ll most likely feel great!) but also before and most importantly afterwards. A couple of minutes of pleasure is not worth giving up your sense of worth, reputation, or a portion of your check to child support payments.

“When it comes to sex, if it feels good do it (safely), but if it does not feel good then why bother?”