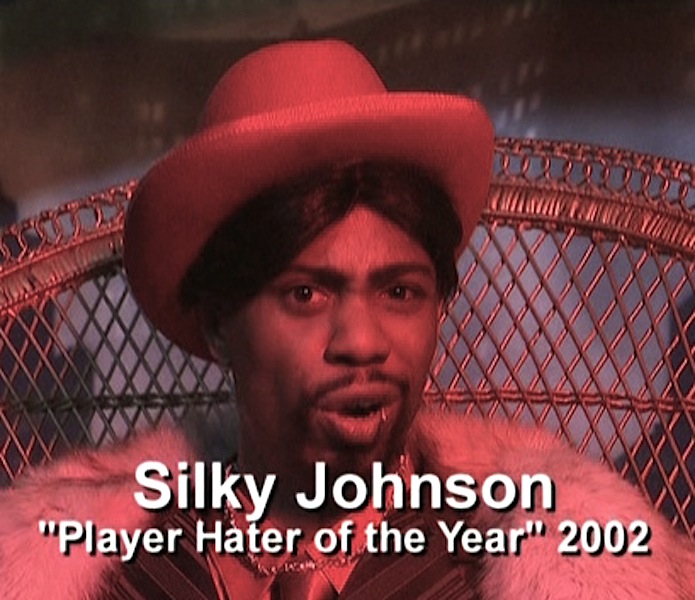 Another year, another worthless bracket.

My picks aren’t even near my worst this year…and they suck. As things fell apart last weekend, I was faced with the question every sports fan has wrestled with:

Do I root for the upset or my bracket?

It took exactly 90 minutes for me to make my choice.

Ohio State and THE University of Dayton played the first game of the tournament. To the surprise of most, Dayton stayed close to the Buckeyes, trading the lead throughout the game. With 10.8 seconds left, and my, um, extended lunch break coming to an end, Vee Sanford of Dayton scored to give his team a one point lead. I had a choice…do I root for Ohio State to get the win?

The short answer is, “hell no.”

I’m a lifelong Michigan Wolverines fan. In that moment, I rooted for an incorrect pick on my bracket, a quick exit from the $1 Billion Bracket Challenge, and a worse spot in my own bracket pool.

I became Silky Johnson, a shoo-in…for Hater of the Year.

The next day, Duke provided another look in the mirror. They played a back-and-forth game with the Mercer Bears of all teams. I spent the entire second half neglecting my work responsibilities and feverishly updating the box score.

See Also:  I Think I'm Rooting for Duke to be Good Again...Let Me Explain

As you all know, Duke went down and my inner-Silky popped up again. This time, I had an ally:

This was the text equivalent of a classic Hater’s Ball scene:

To be fair, if missing this game had somehow cost me the $1 billion, I’d be upset. No amount of Duke Hate is worth that much money. But the loss pushed me further down the standings in my bracket pool, and I didn’t care. Something about first round upsets made me root against myself.

I’m still a bracket snob. I’d rather have the teams I’ve heard of in the Sweet 16 and beyond. Then why do the first round games make me such a hypocrite?

I think the David and Goliath story is too ingrained in our psyche to ignore. That’s why the movie Rudy will always be a classic. The NCAA Tournament gives us dozens of opportunities like this every year. Feeling like a genius by picking the right Davids is just a bonus.

Sure wish I had won that $1 billion though.

What about you? Do you root for your bracket or the upset during the first weekend of the tournament? Does your attitude change after the Sweet 16?

Haters Unite in the comments below!

See Also:  Why You Always Hating? - Congrats to @Lira_Galore!