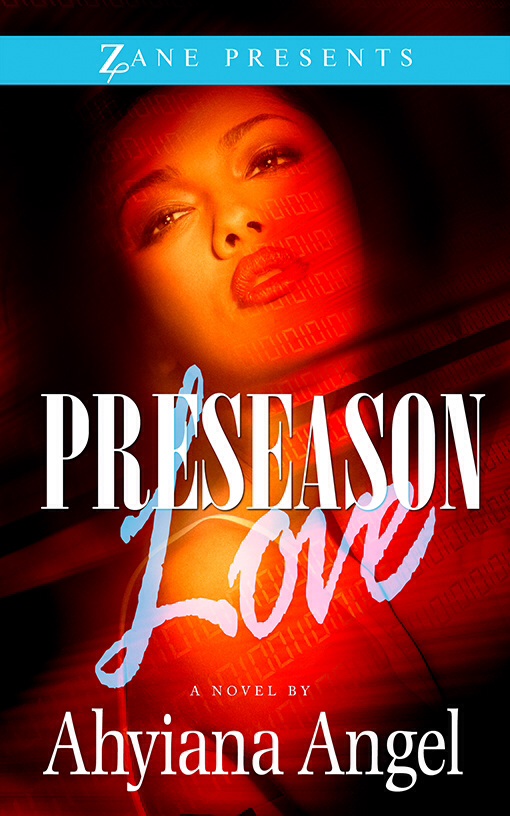 We are pleased to be the first to share with you the cover art for the novel Preseason Love, written by our very own SBM contributor, Ahyiana Angel

The book is available now for pre-order and it hits shelves, notebooks, and kindles October 21, 2014.

Ahyiana Angel is a former sports entertainment publicist for the NBA and based off the juicy synopsis below…you should order your copy now. We support our own and encourage you to do the same!

A new city, a loving boyfriend, and a professional athlete amount to a scandalous affair in this drama-filled debut novel told through the eyes of an emotionally conflicted sports publicist.

Scottie is a sassy risk taker who is not quite ready to deal with the pain of a failed relationship. On a whim, she uproots her life as an entertainment publicist in Los Angeles to move to New York City. Instead of attacking her relationship issues with the same determination that she uses in her professional career, she blocks out her unresolved emotions and starts a steamy romance with a handsome publicist named Kari.

When Scottie lands a highly coveted publicist position with The League, her unresolved… – See more at: http://books.simonandschuster.com/Preseason-Love/Ahyiana-Angel/9781593096120#sthash.6WiCkTy9.dpuf