Yikes, My Crush and Ex Flame Are Friends 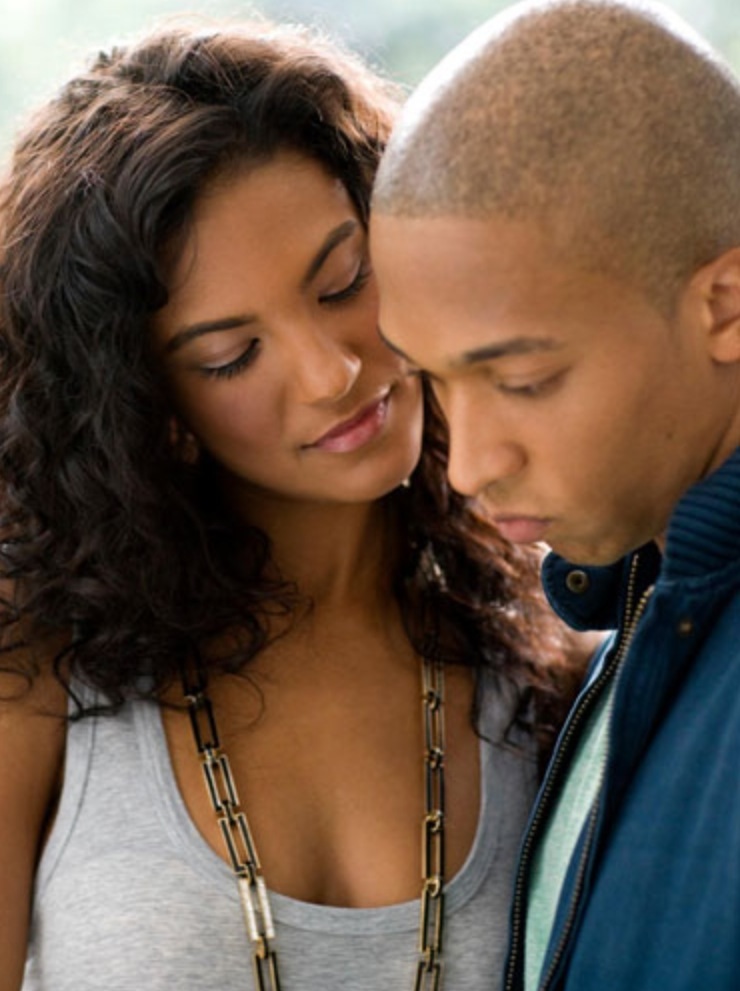 Have you ever been in a situation that you couldn’t anticipate, but you could’ve avoided, and somehow you didn’t?

Let’s just start with the moment that I walked into the house party in Brooklyn. It was packed. A tad sweaty due to the summertime heatwave. But not even the heat could distract me from the fineness that I spotted by the makeshift drink table. Never pressed, I circulated through the tight quarters before finally ending up in close proximity to my new cutie. Nothing sparked immediately, but by an hour later we were chatting over party wings, smiling, and flirting. I was sure that he would ask for my number. His build was a bit larger than I liked but his chiseled features made up for it. His dark brown eyes gave me the once over, I smiled then he moved in closer and asked if he could take me out sometime. I played it cool and agreed. After I gave him my information I made up an excuse to depart. I headed to the other side of the party. Can’t be a stage five clinger.

The margarita’s must have started to kick in because I felt a flash of tingles then I had to hit the bathroom. I didn’t want to break the seal, but I had no choice. After I took care of my business and freshened my lipstick, I was ready to get back into action. When I opened the bathroom door the darkness in the hallway was suddenly illuminated by the light. And there was his face, clear as day. It was my former lover standing right in front of me. My first reaction was shock. I just hoped that my face didn’t display it.

I’d met him years prior when I first moved to New York. My hair was long and it was a quick fling once I found out that he had a half girlfriend. Someone that he wasn’t claiming but I got the feeling that she was probably claiming him. A whole other story. So anyway, I walked out smiled at him said hello then kept it moving. He smiled back but something told me that he hadn’t quite placed where he knew me from yet. That was fine by me because our last conversation ended with him pleading for me not to walk away.

Everyone always thinks that New York is so big, but really it’s small. With this in mind I wasn’t entirely surprised to run into the former flame. However, I was shocked to see him later on in the night across the room getting his BFF on with my new crush! I wanted to scream, no! Of all people, they knew each other. By the looks of the interaction, it seemed like they knew each other well too. My first plan of action was to stay away from the two of them while they were together. That worked for the remainder of the night.

New crush called the following week and we hit it off. We went out a couple of times. I liked his easygoing personality. When he invited me to attend his birthday bash at a lounge downtown I said of course. The party was live. I invited my girls to roll and everyone was having a good time dancing and mingling. Crush and I danced a few times then he invited me to his table to grab a drink. I accepted before I saw the former flame standing by the table. Eff-me! I thought to myself. Then the crush introduced us. I wanted to curl up in a corner and wither away. This was awkward as hell. The former flame looked me dead in my eyes and said, “Don’t I know you?”

See Also:  You Can’t Always Save the Damsel

I couldn’t find the words to reply. My crush was standing to the side looking at me. I only managed to smile.

“Okay, maybe you just look familiar.” He extended his hand and said nice to meet you.

I was stuck. I responded with a simple nice to meet you too. What the hell else was I going to say? As the former flame walked away he winked at me.

When the crush and I first met at the house party I felt no obligation to mention that I knew his friend. We were nothing. We didn’t even really know each other. We could have gone our separate ways never to speak again. But once we had gone out a few times I wondered if I was obligated to tell him what he didn’t know? By bumping into the former flame at his party, I knew that if we kept hanging out this would not be the last encounter. In this situation, what would you do?

About the Author: Ahyiana Angel is a Cali girl who has turned the Manhattan streets into her playground. This sassy storyteller—a former sports entertainment publicist at the National Basketball Association (NBA)—is anticipating the release of her first novel, Preseason Love (Oct. 2014), about dating in New York, coveted careers, complicated relationships, and ultimate deception. Angel is the creator of the salacious and popular blog Life According to Her. It’s contrived like reality TV, fictionalized for fun (also to protect the innocent), and sensationalized for your entertainment.

tags: Ahyiana Angel Dating lovers Relationships sex
previous Ladies, This Can Be Why "Round 2" Doesn't Happen
next Some Ugly Truths About Modern Dating