I came across this video today. Funny story, this weekend I was discussing what my plans were and whereas about 5-6 years ago I would think the sky is the limit it’s not anymore. My list of options involved more of the things I would not do rather than the things I would do. I’m a guy too, I dread what this conversation sounds like for women. As a guy I have some rules that I abide by now: 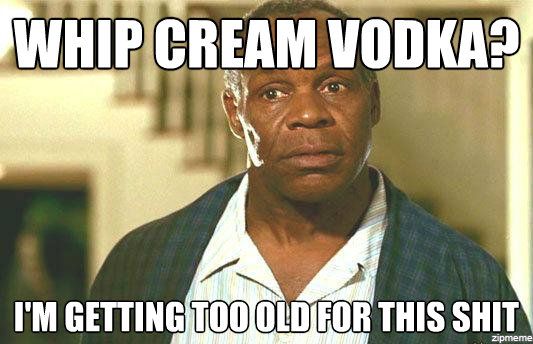 Those five rules may sound cocky as hell but they’re really just a way to mask me saying to myself… I’m too old for this shit. Alcohol tastes better on my couch. Nothing good has ever happened after 1am. And I lose too much of my day being hungover after a night of partying. Check out this great video about going out in your 20s vs. 30s.

tags: 20s 30s murtaugh list rules to going out too old for this ish
previous 10 Reasons He Can’t Stop Being a Bachelor
next We Want Our Community Back: A New Commenting System Is a Start