Home Dating & Relationships Dating Can You Actually Breakup With Someone When You’re Not In A Relationship?
Dating
Featured
Relationships
April 15, 2014 Dr. J 17

Can You Actually Breakup With Someone When You’re Not In A Relationship? 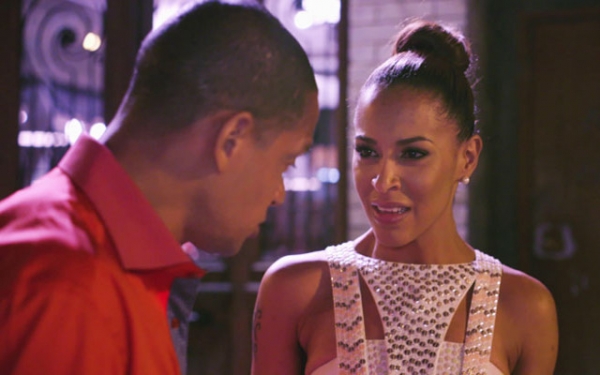 I always found this funny… when you date a girl, never actually get in a titled relationship, stop talking to one another and then she says how hard your break up has been on her. As a guy, insensitive or not, we’re just like… “WE WERE NOT IN A RELATIONSHIP. YOU CANNOT BREAK UP WITH SOMEONE YOU’RE NOT IN A RELATIONSHIP WITH.” My experiences have been all over the place. I’ve been totally confused as to why someone was struggling to get over something that never was and I’ve also been dumped and didn’t even know I was in a relationship. That’s another story for another day. What I can say is that this article below sheds some light on what women can do to get past this situation. I’m not sure men will ever figure out how to get past it especially when they never realize they were in it.

Technically, we weren’t a couple. Our relationship largely took place in the evening hours, but we still communicated and planned like we were together.

When people asked though, I said I wasn’t seeing anyone because I wasn’t really. A missed night out didn’t require an explanation on either of our parts, but we invariably always ended up together anyway.

We never mentioned being exclusive, so why did I feel like I was owed a “there’s someone else” phone call when I found out who she was? And worse, why did I feel bad about our barely-there breakup?

I felt stupid for feeling sad about a pseudo-relationship that now seemed more serious post-breakup than when we were actually sleeping together.

It was harder to move on from a guy I wasn’t exclusive with than it was from a long-term boyfriend. It might seem like the latter is more excruciating (He was your best friend!), but I’d argue that the former takes much longer and requires more effort.

Think about it: After dating someone for an extended period of time, the return to singledom is fresh and exciting. The romantic world holds possibilities, potential bachelors abound and new freedoms.

After you break up with someone you never had, your life returns to almost exactly the same it’s been the whole time — which makes it even more difficult to get over.

The solution? Finding someone else to fill the shallow gap. It’s not necessarily challenging and since you never really got to know your former flame anyway (save for a few hours of pillow talk and shared meals), you’re less likely to miss his personality and more likely to miss his physical presence.

It’s a surface-level replacement system that perpetuates our singledom by preventing us from getting deeper with any one person.

You can check out the rest of article on Elite Daily.

See Also:  Style vs. Substance: How Andrew Luck and RG3 are Portrayed in the Media

Let me follow this up by saying, I don’t agree with that solution. I don’t know the writer so I cannot associate an opinion with her but what I will say is that when you are faced with a difficult relationship to get over, get over it by falling in love with yourself. Many people who have told me about how hard a break up was on them talk more about the feeling of failure or losing hope that things will ever work out than actually missing the person.

What have your experiences been? Have you ever gone through a “breakup” with someone you weren’t in a relationship with? How did you manage to get over it? Do you understand or sympathize with the hopelessly romantics or do you think they should just get over themselves?

tags: Elite Daily getting over them movingi on snippet
previous Possession With Intent: How To Submit for the Sake of Love
next Are Men Responsible For Round 2 in the Bedroom?