Home Around the Web [Video] Young Black Men Choose Suits & Ties at Illinois High School To Defy Stereotypes
Around the Web
Men
Other Stuff We Like
April 16, 2014 Dr. J 4 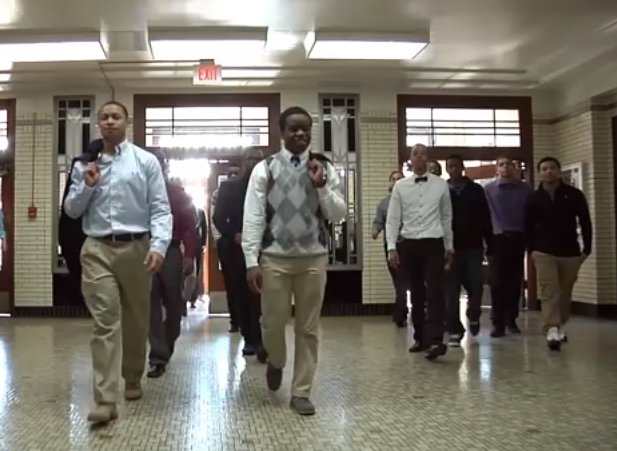 I was very impressed by this video and the following quote:

“The negative stories told daily in the media and in our culture about our young African-American men tend to ignore their successes and don’t tell the full story about how young Black men are becoming leaders within our community schools,” said Centennial High counselor Tiffany Gholson, who worked with the students on the effort. “In this video, our students reclaim the narrative of who they are and inspire other students to follow in their footsteps.”

I have long felt that for many successful Black men our story isn’t told. There’s this image that is perpetuated about Black men outside the spotlight of mainstream media. We get called a lot of things and the ones of us who don’t fit into that image, are considered ‘odd-balls.’ This video was awesome and has since went viral. It’s nice to see young men who are making an attempt to stand out for the right reasons and not the wrong. Last, a special shoutout to the city and high school. I have a ton of family member in Champaign, IL it’s great to see them get some coverage.