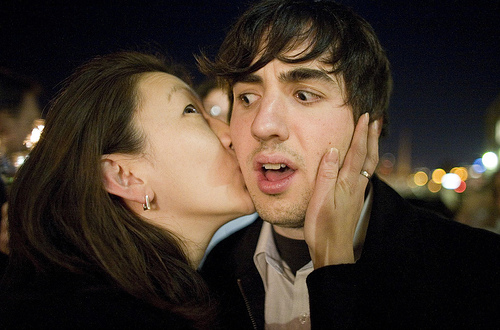 The recent number of news stories about San Francisco is food for thought. Tensions between the tech elite and San Francisco residents have started to spiral. You only have to look at the glass attack and the recent targeting of Kevin Rose.

One of the more troubling technology stories to come out of the past week is the assault on Sarah Slocum, a San Francisco-based tech enthusiast and writer, who was apparently targeted because she was wearing Google Glass in a bar.

The rapid growth of the local tech sector has sparked a series of protests in recent months, as concerns grow over economic inequality, evictions and neighborhood gentrification.

Gentrification is always thorny and having lived in two places which went through it, I can tell you it’s sometimes very painful.Where I currently live in Manchester, England used to be the Italian quarter and is officially named Ancoats. However, enterprising building contractors (mainly Urban Splash) have carved out a large area, threw up some apartments, and had the cheek to rename it New Islington. Asking a taxi driver to take you to New Islington used to get puzzled looks before they built a tram stop called New Islington.

See Also:  Why Nobody Talks About the Side Dudes, and More

There is a new class forming and they are rich, educated, and connected.

They are also feared, with their weird geeky glasses, electric cars, and new data ethic. They use cafes as workplaces, bars to conduct meetings, and workplaces to “chillax“. They don’t believe in business hierarchies and believe you can quantify everything from relationships to sex. They may even be right. But more troubling is they’re most likely white or asian men. There is a lot which can be said about the lack of women in the tech field but it’s becoming recognized thanks to many initiatives. However this is a issue of diversity and I ask where are the Blacks Males?

Think I’m chatting out my backside? Sure you will take to the comments and twitter to tell me I’m wrong. But lets take a look at a few of the shows about this new upper class…. CBS’s Big Bang Theory, Amazon’s Betas and HBO’s very recent shown Silicon Valley. None have black characters and thats just the tip of the iceberg. Heck try and find one in the internship from last year, Anti-trust, the net, jobs, the social network, august, etc, etc. The list goes on…

Maybe there is a whole sea of black senior management just waiting for the current crop of CEOs to step down. Maybe they deserve a mention?