Thunder Up! How the OKC Thunder Will Win the NBA Championship 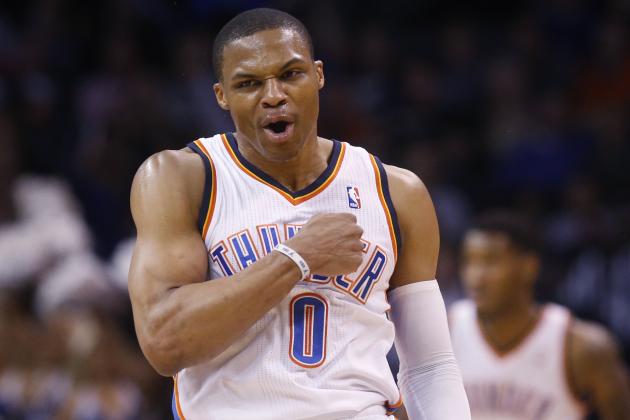 Since I write on Tuesdays here, I got to cheat and see Game 1 of every NBA playoff series early. So instead of putting my foot in my mouth like I did last week, I can say smart things like, “those Pacers still have a lot of work to do, smh.”

This is going better already.

So here are my slightly educated predictions for the NBA Playoffs:

The dream matchup between the Miami Heat and Indiana Pacers seems like a million miles away. Indiana dropped Game 1 at home to the terrible Atlanta Hawks. Truthfully, the Hawks looked like the #1 seed all game, and the Pacers’ problems seem no closer to being solved.

So the question of the day: can the Pacers still make it to the Eastern Conference Finals?

I have Indy going down to the Wizards in the second round.

I’m just as surprised as you are. 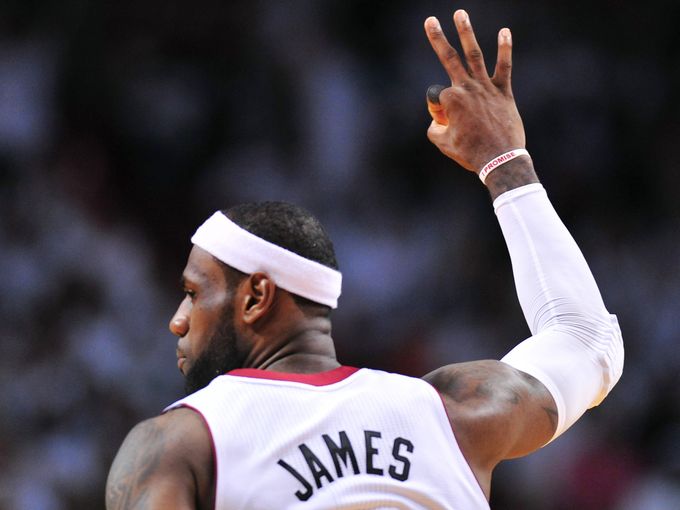 On the other side of the bracket, I have the Heat over the Nets in 7. I know the Nets beat the heat 4 times this year. I know this is Paul Piece’s last stand, and he loves playing Miami. I know history says the Heat won’t return to the Finals four times in a row.

But let’s be real…the Heat are just better.

Miami will beat the Wizards in five, and have plenty of time to rest for the Finals.

Now on to the West…

First of all, this is a complete crapshoot. No one knows what the hell will happen. Anybody can beat anybody, and two of the teams we were sure would lose (Golden State without Andrew Bogut, and the fading Trail Blazers) won on the road in Game 1.

So what the hell, I have the Thunder meeting the Spurs in the Western Conference Finals.

I predicted before the season that the Thunder would go out in Round 2. I figured Russell Westbrook would be in an out of the line up (happened), Serge Ibaka couldn’t fill the void offensively (half right), and no “third banana” would emerge (happened…or didn’t happen, however you want to say it).

So at a glance, they are in a worse position to advance to the Finals. But somehow, Kevin Durant became good enough that the other stuff doesn’t matter. They’ll still get through the West.

Note this isn’t a vote against the Spurs. They are still great, and no one on their team averaged 30 minutes a game. So they are as healthy as ever. But they don’t have Kevin Durant. So stats be damned, I’m taking the Thunder.

I think LeBron and Durant will play to a virtual tie. Durant will score more points, LeBron will balance it out with more assists. So it comes down to the battle of surgically repaired knees. Who had the better doctor? I’ll go with Westbrook.

Despite the Heat’s best efforts to keep Wade upright by healthy scratching him for a third of the season, I think the grind of the playoffs will wear him down.

So that’s how I see the playoffs shaping up. Please, whatever you do, don’t put money on this prediction.

Think you can do better? What do you think will happen between now and June? And who wins the championship?

Put your money where your mouth is below!