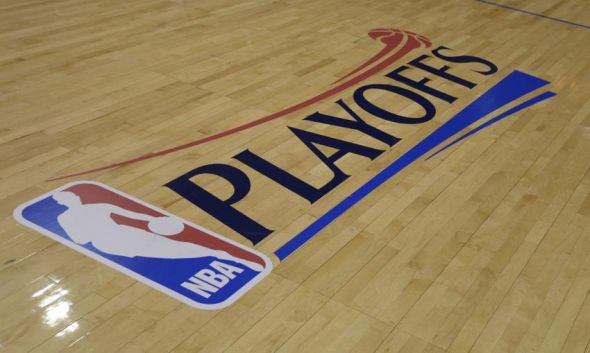 That was the perfect first round.

We got all the drama, overtimes, and four-point plays you could handle…except there was only one upset. I mean, an owner was banished from the league during the first round. Tough to top that.

The danger with five series going seven games is the 38-win Atlanta Hawks might get to the second round. Instead, we got the best possible match ups without any of the boring typical for round one.

Now, as great as the second round match ups seem, there is definitely a risk of a hangover. In fact, it’s pretty much guaranteed. Here are five things that could happen in the second round that would make it better than the first:

Look, I was rooting for Brooklyn versus Miami. Toronto was a cute story. They had more people outside the arena than inside, and they even got Drake to come home and be reppin’. So props for that. Cute story, but they aren’t beating Miami. 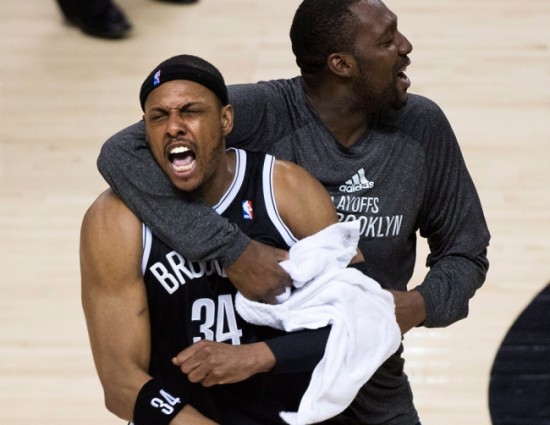 Brooklyn probably isn’t either, but they are definitely more likely to make it a competitive series. They swept the season series with the Heat after all (by the slimmest margin possible (1 point, 1 point, 1 point, double overtime…that’s right, double parentheses)…but still). So you have to give them a shot.

See Also:  The SBM Sports Recap of the 2013 NBA Season

I don’t expect the Nets to win, but if they do it will absolutely match the drama of the first round. Plus, this may be Kevin Garnett’s last season, that opens up the whole Ray Lewis angle (without awkwardly not mentioning a murder case of course).

I actually picked the Clippers to win it all before the season, so the team winning its second round match up isn’t that far fetched. But after this Donald Sterling fiasco? The drama would only build as LA makes a serious run at the title.

I skipped out on posting about Sterling since DamnPOPS had a good post lined up. In the interim, Bomani Jones crushed the topic better than I ever could have. Put simply, we all knew Sterling was a racist several years ago when he PAID THE HIGHEST SETTLEMENT IN US HISTORY FOR HOUSING DISCRIMINATION.

I took one class on that topic in undergrad, so I’m obviously an expert. Black people have our share of issues, but housing discrimination is one that was absolutely done to us. That’s real racism, those tapes were just more easily consumable.

Only because it would absolutely cement Damian Lillard and LeMarcus Aldridge as certified superstars. Making the Western Conference Finals is a real accomplishment. Especially for a second year player like Lillard.

See Also:  Can the Heat Close it? The SBM Sports NBA Finals Preview

Repeat playoff success is never guaranteed (read: Chicago Bulls and Oklahoma City Thunder), but upsetting the Spurs would make us all stop and take notice.

I write this watching as the Clippers hold a 17 point lead over OKC. 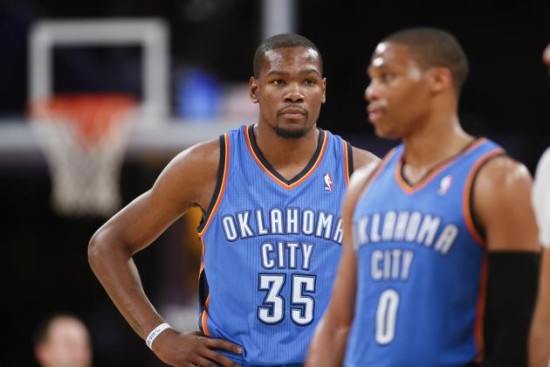 Durant has always taken the high road when it comes to Westbrook criticism. And for good reason. I defended Westbrook over a year ago.

But at some point, any normal person would get fed up after another ringless season. I don’t think it will happen, but it would definitely spice up the second round to the level of round one.

I think Skip Bayless’ head might explode…which is another good reason to root for this to happen. That troll is unbearable.

Heads will roll in Indy.

Larry Bird pushed his chips to the middle of the table all season. He dealt for Luis Scola, Andrew Bynum, and Evan Turner thinking that they’d push the Pacers past Miami. If the Wizards beat up the Pacers, I think he’ll push the reset button. That starts with a new coach and a Lance Stephensonectomy.

Somehow, though, reaching the Eastern Conference Finals will mean about 99% less to John Wall’s perception. The curse of playing in the East.

See Also:  Who's the Best QB in the NFL, Right Now?

Those are the storylines I’d be interested to see in this second round. What else could happen that would get you as excited as that amazing round one?

Chime in with your thoughts!