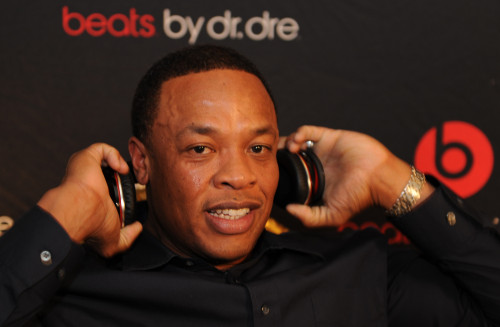 While Diddy is getting his honorary doctorate from Howard University, Dr. Dre had his eyes set on making $3.2 billion from a Beats deal. Which would make Dr. Dre the first hip hop billionaire, almost…

Dr. Dre leapfrogged Jay Z in FORBES’ latest rankings of hip-hop’s richest artists, claiming the number two position as his net worth soared to an estimated $550 million. Now it looks like the Beats cofounder could lay claim to the top spot in a matter of days.

Late Thursday night, the Financial Times reported that Apple AAPL -0.77% was in talks to buy Beats for $3.2 billion; the deal would be the computer giant’s largest acquisition ever. Dre’s stake in Beats currently stands at somewhere around 20-25%; we valued the company at $2 billion in our latest round of estimates.

A sale for $3.2 billion would nearly double the value of Dre’s holdings, though capital gains taxes could take a bite out of his big payday, likely leaving him with a net worth in the neighborhood of $800 million. It’s not quite enough to land on the Forbes 400, but it would easily make him hip-hop’s richest man, topping current champion Diddy by $100 million.