3 Reasons Cleveland is a Sports Graveyard 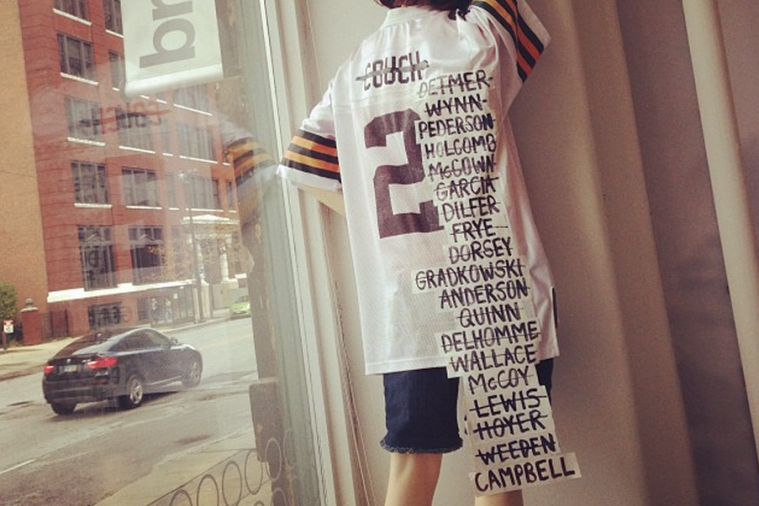 A few weeks ago, I rode a bus to Cleveland. It was definitely a low point in my life so far (which means my life has been pretty good, but still).

I mean, sitting on a bus for seven hours is bad enough. You have the shaky WIFI (first world problems!), the questionable bathroom, and The Wait.

The Wait is the worst part. That’s when you take your seat, and use your mind like Professor X to will everyone who walks down the aisle after you to another seat.

Anyway, besides sitting on a bus all night, I was taking that bus to Cleveland: The Mistake on the Lake.

I’ll pause here to mention that Cleveland really isn’t that bad. They have a surprisingly good food scene and some cool neighborhoods to hang in.

But that doesn’t make it feel any better to take a bus…to Cleveland.

So I was happy when the Browns drafted Johnny Football (noted Miller Lite fan) in last week’s NFL Draft. The Mistake had finally done something right. Manziel would finally bring some notoriety, swagger, and – if all goes right – winning to Cleveland.

And then, of course, Cleveland was reminded that they are the Meg Griffin of the entire sports world.

If you haven’t heard, Josh Gordon, who led the league in receiving yards last season despite being suspended two games, learned that he is now facing a year-long suspension after testing positive for marijuana. Salt and wound are now shopping for apartments together.

So why the hell is Cleveland cursed? I think I have the reasons why:

Like many Midwestern cities, Cleveland suffered terribly when America’s manufacturing industry went downhill. Detroit is suffering a similar fate. Even Chicago is reportedly on the brink of bankruptcy.

In researching this post, the first instance I found of Cleveland sports misery is this iconic Willie Mays catch in 1954:

All sports fans have seen it, but I had no idea it was against the Indians. And that’s the point, when you name your team the Indians, and you make this your logo:

you’re going to be cursed.

And honestly, I don’t even feel bad about this one. This name isn’t as bad as that other racist nickname, but the name and logo combination just might be enough to ruin the sports landscape of a major city.

Years after The Catch, Browns owner Art Modell infamously moved the team to Baltimore after a dispute over tax revenue for a new stadium. A new “Browns” franchise was returned to the city three years later…just in time for the old Browns to win a Super Bowl.

That new franchise has started about thirty quarterbacks (see photo above) since then and seen only two winning seasons.

That move may have been the final nail in the coffin.

Those are my theories about why Cleveland is cursed. It’s pretty clear something is going on, what do you think it is?

Give me your conspiracy theories in the comments below!