Are the Miami Heat a Failure Without a Title This Season? 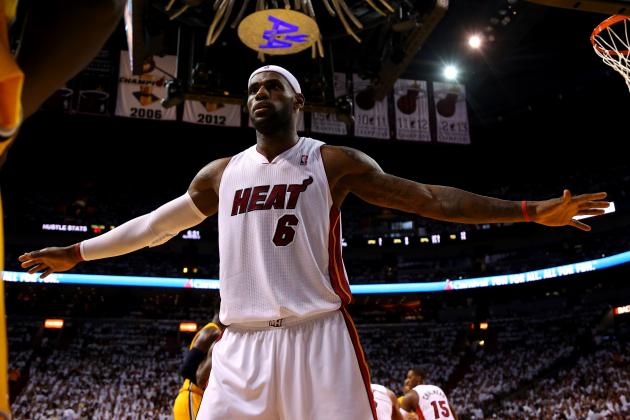 Unless hell freezes over between now and next week, the Miami Heat will be in the NBA Finals next Thursday, June 5th.

We’ll save the Finals preview for next week. For now, we can say there’s a real possibility the Heat could lose the championship. Neither Oklahoma City nor San Antonio could be considered walk overs, especially since either of them would have homecourt advantage.

Would Miami’s Big 3 be a failure? 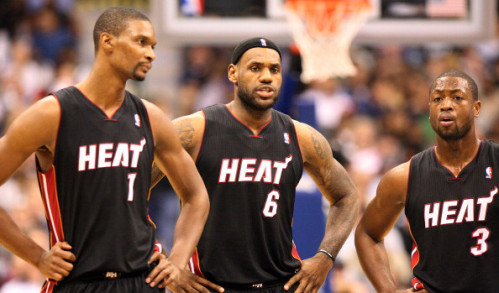 My snap reaction was a resounding “no.” Even with a loss, this team would have two championships in four years, having played in four straight Finals. The latter hasn’t been done since the mid-80’s.

On top of that, LeBron’s Decision immediately made the Heat the league’s most scrutinized franchise. James responded with two MVP’s, establishing himself as the league’s best player. Head Coach Eric Spoelstra reinvented the team’s offense. Pairing it with a tenacious (when it needs) to be defense that was amazing to watch.

Most importantly, I considered the bottom line: would LeBron have been better off in Cleveland? My bias toward that city aside, it’s safe to say LeBron is not regretting The Decision.

So individual success culminating in team success, seems like the opposite of a “failure.”

Then I considered one of my favorite quotes, apparently from author Jodi Picoult:

“Happiness is reality divided by expectations. There are two ways to be happy: improve your reality or lower your expectations.”

Substituting success for happiness (allow me some creative license), I had to reconsider. Starting with this moment:

The Heat’s expectations were astronomical.

Let’s go back to 2010. Here are some of the most ridiculous quotes from this video:

“…having an opportunity to team up with arguably the best trio to ever play the game of basketball is amazing.” – Dwyane Wade

“…once the game starts, it’s gonna be easy…Pat [Riley] could come back and play like in his Kentucky days.” – LeBron James 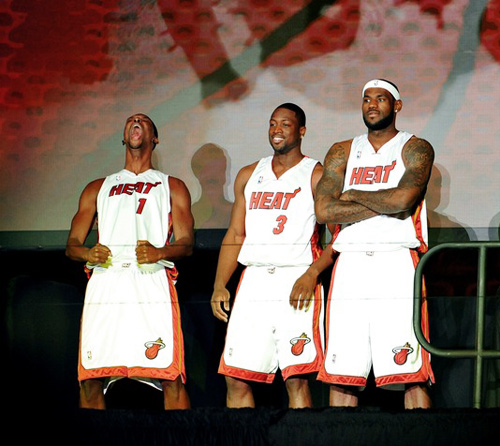 Now I’m sure it’s easy to get carried away when you’re in front of thousands of fans at an impromptu pep rally in your honor. But those comments are indicative of the general attitude surrounding this team. Several media members looked down on LeBron around this time, thinking he was taking the easy way out to a championship.

That’s the thing: it was supposed to be easy. The bar was set really, really, ridiculously high.

Add in the lukewarm-ness of the Eastern Conference the past few years, and I wonder if you have to judge these last four years at a different standard.

With a loss int he finals, is this reality enough to overcome mile-high expectations?

I think so, but the answer isn’t as clear as I thought at first.

What do you think? Are the Miami Heat a success, with or without a championship this season? Do you judge them with a higher standard because of how the team came together?