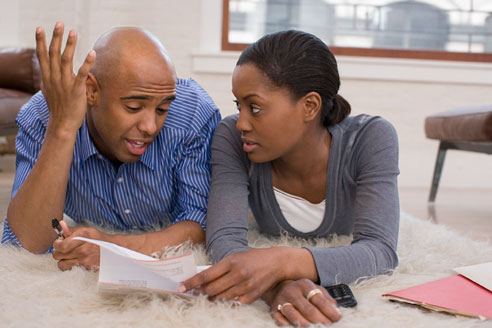 A pretty dope post was posted on Thought Catalog the other day that listed 33 Men’s response to One Thing They’d Like Women To Stop Doing Immediately. I gather my favorite ten and listed them here. You can check out the whole article here but feel free to see my Top Ten and offer your thoughts in the comments section.

3. Believing that men have no discretion when it comes to sex.

Assuming every man must want to have sex with every woman all of the time. No I’m not gay, I just don’t find you attractive.

Stop posting those “A real man would treat their girl like a Queen” bullshit postings on Facebook. It is not our job to serve you like a queen, and you’d better believe a guy would get an angry feminist mob bearing down on them if they posted something similar about men.

It’s not funny and makes you look like a bitch to all men, no matter how many of your girlfriends agree.

9. Expecting guys to pick up on subtle hints.

10. Assuming that guys are mad when they’re just zoning out.

As a man, my mind often wanders. If I’m staring off into space, please stop asking me “What I’m thinking.”

I usually don’t know. Admitting this, however, seems to trigger an argument, since I’m “avoiding” the question.

There is only an infinitesimally small chance that my wandering thoughts are about you. There’s an even smaller chance that it’s anything negative.

11. Taking from their man’s plate of food.

Just cause I’m a guy doesn’t mean you can sexually harass me. It doesn’t matter what gender you are.

15. Talking during a movie.

Stop asking me questions about a movie we’re watching together that we’ve both never seen. No, I don’t know if he’s going to die, I’ve seen exactly as much of this fucking movie as you have.

Oh, and I’m sorry you didn’t follow what happened with that one person in the movie because you started playing with your phone for ten minutes to ignore the movie that you picked for us to watch.

18. Treating sex like a gift they give to men.

Stop treating sex as something you let us do to you. Either want it too or fuck off.

31. Believing that guys can’t get hurt.

Generally speaking, a trait I run into among many women, especially those from privileged upbringing, is the pretentious stance that no one could suffer if they have a penis.

32. Not knowing what they’re asking for.

tags: lists thought catalog women should stop doing this
previous Are These Women* Loyal? Some Men Sure Aren't.
next How to Set and Enforce Standards in Your Relationships