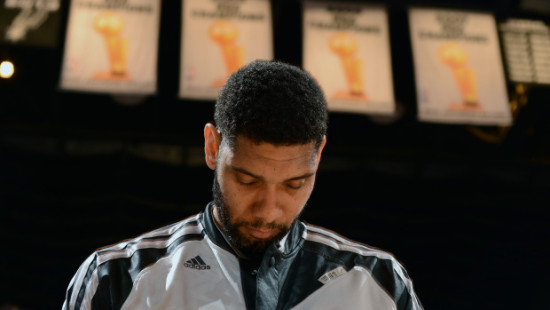 With two games in the books, the NBA Finals have lived up to the hype so far. There have been enough great plays, drama, and memes for an entire series.

Here’s what has stuck out to me so far:

What the hell is wrong with San Antonio’s arena? –

First, Manu Ginobili had to kill a bat with his bare hands. HIS BARE HANDS!

Then, there was a damn rattlesnake in the visiting team’s locker room.

A while ago, there was a fly infestation pregame.

Now this: a faulty air conditioning system that had the in-arena temperature around 90 degrees.

Of course this was a feast for those NBA Conspiracy Theorists. If that is you (and I know I’ve told you this before), please, have another seat.

There’s no way the Spurs orchestrated the AC malfunction in Game 1. It sucks for everybody (except Spurs fans) that LeBron James had to miss the end of the game. No Finals should be decided without the best player involved. But to consider it anything but a lucky break is insane.

Seriously, why is no one in the NBA hairy? 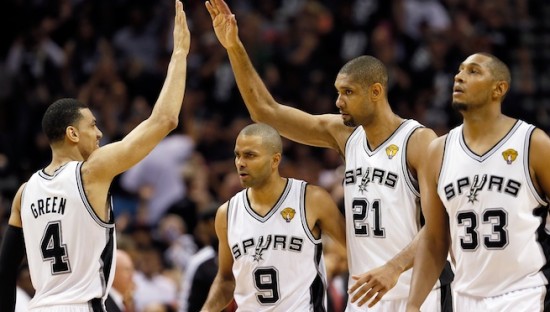 This is something you pick up on while watching games with your wife. But she’s right, is there some kind of grand waxing conspiracy in the league or what? Is Veet in the Illuminati?

In the years before the Based God blessed us with HD television, I would have written this off. But now, I demand answers.

I’m starting to this this is the reason I’m not in the NBA. Not my lack of height, skill, or practice…no, no it’s clearly the fact that I do have arm hair. Why was I cursed with these hairy ass genes?!?

But seriously, why do none of these guys have a stray arm hair. That’s weird.

Of course I knew this already. But watching James bounce back from CrampGate was fun. He got whatever he wanted on Sunday.

He was so good that Sage Steele wondered aloud whether Kawhi Leonard had regressed this season. Remember when Leonard was the next breakout star, set to be the face of the Spurs after Duncan retires?

He’s been another guy this series. He’s working his ass off on defense, which has surely affected his offense. That would be fine if LeBron James wasn’t averaging 30 points.

This brings up another observation…

Why don’t the Spurs get crushed when they lose? –

LeBron James gets a cramp, has to leave the game, and he’s a coward.

For all the Spurs’ successes over the past 15 years, they have failed in the playoffs more often than not. They are, of course, a great team, but they seem to get a pass when things don’t go their way. Even when it’s a crucial missed layup in Game 7 (last year), or four consecutive missed free throws in a tight game (on Sunday).

I’m the guy who defended Tony Romo, so I don’t think the media and fans should crush the Spurs for every mistake. But it’s really weird that it hasn’t happened. As quickly as this meme popped up about James: 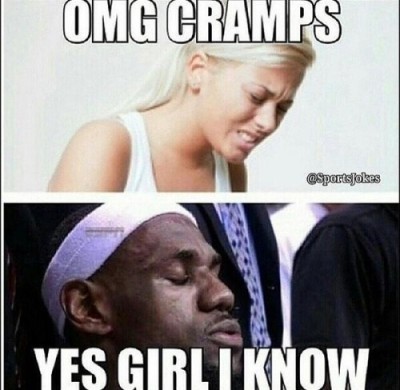 We could have had one for Tony Parker writing on the ground, or Tim Duncan after clanging two big free throws.

Y’all have done an amazing job clowning Duncan’s wardrobe and haircut over the years. Props for that.

That’s what I noticed through two games in San Antonio. What about you? What have you seen that’s ridiculous, or potential series shifting? Have you seen anything that has changed your prediction at all?