Negrodamus Predicts Where the Biggest NBA Free Agents Will Go 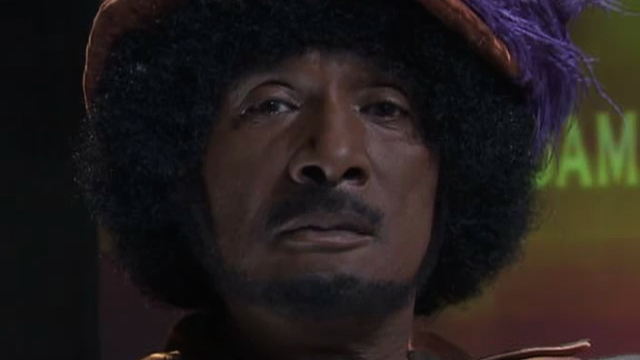 We teased it last week, but today marks the official beginning of the NBA Free Agency sweepstakes. Every team with cap space (and there are a bunch of them), and even teams without space are looking to improve by signing or trading for an impactful player.

By the time you read this, Carmelo Anthony will have met with the Chicago Bulls, and Dirk Nowitzki will probably have re-signed with the Dallas Mavericks. Where will everyone go? Time to make some more (sure to be wrong) predictions!

Last week, I kicked around the idea of Carmelo leaving the New York Knicks.

On the one hand, Anthony has more money ($129 million over five years), continuity for himself and his family, and the aura of Phil Jackson waiting for him if he stays in Madison Square Garden.

On the other, Anthony can chase greener pastures on a team with established veterans, no James Dolan, and a chance to win now while the Knicks are probably at least another year away (when LOTS more financial flexibility becomes available).

So what will he do?

I see Carmelo leaving for the Bulls. Scoring is their glaring need, and with Derrick Rose coming back (again), there is less pressure on either guy to carry the entire offensive load. The Bulls’ defense has always been its calling card, but I think they’d be happy to trade Anthony’s defensive liabilities for a guaranteed 25 points on the other end. 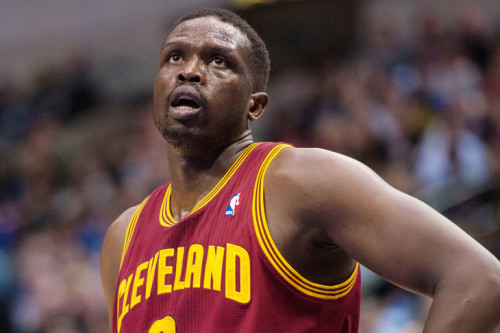 He might as well have been traded to Mars instead of Cleveland during last season. Deng does a lot of things well, and could definitely help whatever team signs him in the next few weeks. As if there was any chance he would return to the Cavaliers, the team removed all doubt by drafting Andrew Wiggins, their wing of the future.

So where does Deng end up?

I say the Lakers.

I see LA striking out with the top tier free agents this offseason. Instead, they’ll settle for Deng who will take less than a max contract (important since Kobe is making something like $75 million this season), score without many plays being called for him (because Kobe), and fill in the gaps on the defensive wing (yep, Kobe).

On paper, you have a 23 year old player who does a bit of everything and has steadily improved throughout his young career.

On the court, Lance carried the Indiana Pacers’ terrible offense at times as the de facto point guard and finisher off the pass. 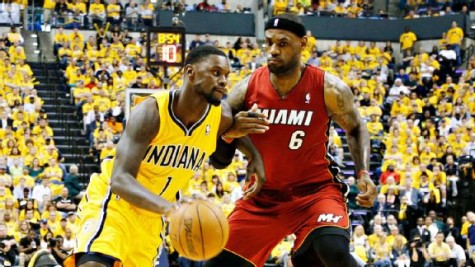 Then he did a bunch of other stuff.

We watched him be assh-, crazy per-, let’s say pest on the court against the Miami Heat in the playoffs. He put his foot in his mouth in interviews. And, if you believe anonymous sources, was a major reason the Pacers fell off a cliff in the second half of the season.

See Also:  Three Months After Sandy: A Father Struggles to Provide for his Daughters

So where does he go? Who even wants him?

It’ll come down to Indiana or Charlotte, who has a ton of money to spend. If Charlotte is willing to overspend on Stephenson like they did for Al Jefferson last year, he’ll head south this summer. But I don’t see it.

Lance will stay in Indiana, and have a great season next year.

LeBron James (and the other two guys in Miami) –

Somehow, the news of the Big 3 in Miami opting out was reported as earth-shattering news.

While it does open the door for all three to leave, it was also necessary for them to stay on South Beach. Here’s how it will play out:

LeBron will get the max because he’s the best player, he reportedly wants it, and because “duh”.

Dwyane Wade will take a four-year deal for $56 million. He’ll trade less money next year for more years added to the end of his old deal.

Chris Bosh will sign for four years and $60 million, leaving enough cap room for the Heat to sign Marcin Gortat, Pau Gasol, or another big man who can keep up with Miami’s offensive pace.

Kevin Love goes to Golden State after the Warriors realize Klay Thompson will never be as good as Love is right now.

Greg Monroe stays in Detroit, and the Pistons eventually trade Josh Smith (more wishful thinking than anything on my part…but ah well).

Negrodamus has spoken. What do you think will happen this offseason? Do you see many of the big names that are available switching teams?