5 Signs Your Summer Fling Is Ending 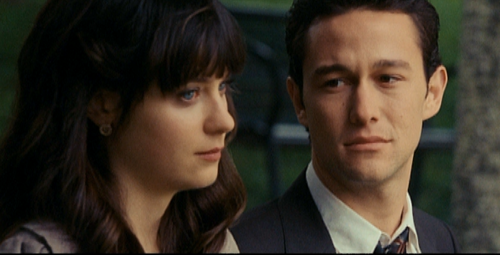 If you’ve reached this point in the summer and your fling hasn’t turned into a relationship then it’s probably a sure tell sign that it’s ending. That’s nothing to worry about many of us didn’t want it to go any further anyway. However, for some of us we’re wondering what ways we can tell whether it’s just a right now thing or if there’s promise for the fall. I can tell you that this decision is tough and many people try to hold on to their summer fling even though all signs point to no. Whatever the case may be here are some signs that it’s a summer fling and not the summer you met your soulmate.

A lot of times at this point people start discussing what they plan to do in the fall. The funds are running out and the fatigue of summer partying is starting to set in. They start to talk about where they see themselves in the future and it doesn’t really translate into “we” and “us.” At this point, you’re holding on much more than they are. Especially so if they are leading the conversation about the future and you’re in a waiting pattern, this may be a sign that all bets are off.

Summer flings work best when there’s a finite break at the end of the summer. It could have been an internship that brought them into your life, it could have been a summer rotation but what you do know is that in a few weeks they’re moving and starting a long distance “fling” is probably much harder than quitting while you’re ahead.

Let’s face it, if you were going to be together, you would be together. People who want to be in relationships are usually in relationships. You may have started thinking that this will just be a summer fling but then your feelings change. However, if your fling isn’t saying the same things then it’s a sign that isn’t in your cards.

Don’t get it twisted a lot of times we offer up a relationship because we think it’s what the other person wants even though we’re not sure it’s what we want. Never confuse caring about a person with giving them something that you’re not all-in on yourself. You can avoid most of this by just taking a moment to yourself to acknowledge all the reasons why you didn’t pursue them as a significant other in the first place. Whatever you do, don’t try to keep it going because you think they want it more than you do.

Summer flings come with no strings attached and not a lot of real deal relationship drama. Oh yes, every relationship has drama and there’s no way to get around it. You find yourself in a relationship when you’re ready to put up with drama and work your way out of it. If you still respect your freedom and the ability to walk away from talks about how you feel and what you want, then there’s not much there. Don’t be fooled into a situation that’s been purely entertainment and now you want to transition into hard work and dedication.

I think it’s important that we all realize that summer flings aren’t a bad thing. It doesn’t make you a bad person to admit it’s over or that you would be better off as friends. Hey, you may even get a good friend with benefits. (If that’s what you’re into.) Just don’t wreck your brain trying to figure it out. You can’t put square pegs into circle holes no matter how hard you try. It’s over or it’s on and you’re already sure of it. If it’s going to work, it’ll work and it won’t require you to figure it out. Relationships have this way of working themselves out that way.

tags: Cuffing Season signs it's over summer fling
previous Does Someone Deserve To Be Cheated On?
next Can an Accent Make a Person More Attractive?