Home Around the Web Trouble With The Swirl: My Boyfriend Was Ashamed Of Me Because I’m Black
Around the Web
Dating
Featured
Relationships
July 24, 2014 SBM Staff 18

Trouble With The Swirl: My Boyfriend Was Ashamed Of Me Because I’m Black 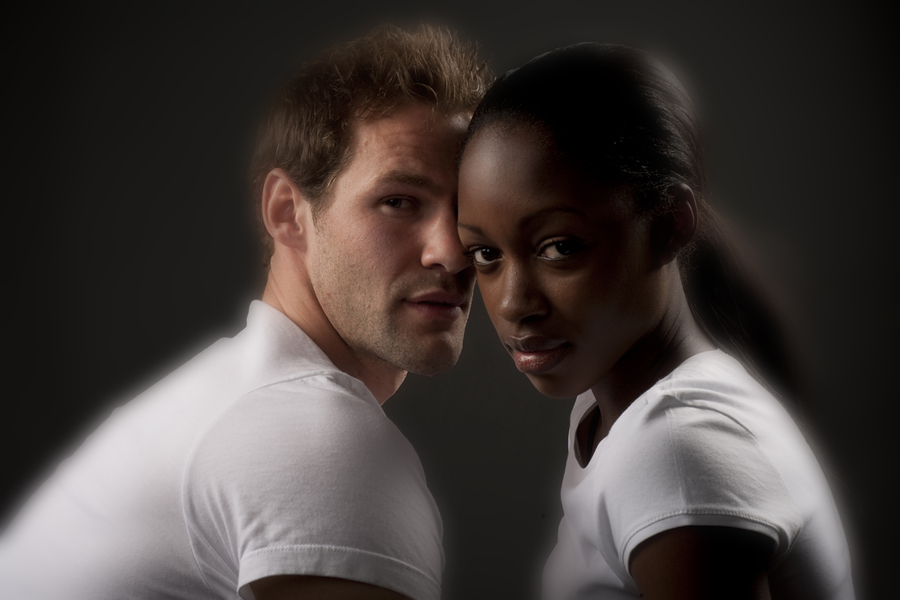 I learned that love isn’t blind the hard way.

This was how my boyfriend of three years told me that he was leaving me for a different girl. A white girl.

As I watched him struggle with what to say, I remembered that I had seen them together around campus before, but had figured it was nothing; a harmless friendship that might be a little flirtatious, but not serious. Standing there on the sidewalk, I slowly began to understand that despite immersing myself in years of stolen glances, goodnight calls and sun-kissed smiles, it was all over. And even more shocking was the realization that he had always known it would have to end.

In spite of all of the laughter and secrets we had breathed to each other in the night, he had been lying to his entire family about who I was and what I meant to him. Why? Because he was embarrassed of my dark skin. As a Muslim man coming from a strict religious family, he was afraid of their disapproval and so figured the easiest solution was just to leave me for a woman with Blake Lively’s complexion. I don’t know what was worse: The fact that I was blindsided by this or that all of his whispered reassurances over the years that his parents would love me had meant nothing. He had to make a clean cut from me and he had to do it without thought for how it would make me feel.

When I first met Harvey, I fell in love with his eyes and his skin before I fell for him. Even though ours wasn’t a groundbreaking love story, I don’t think I’ll ever forget how we met at the beginning of the semester. Sitting at the back of the classroom, I remember laughing in his face when he tripped over his own feet and landed headfirst in the seat next to me. He made a look of indignation that turned into what I’d come to know as his signature smirk, and then jumped smoothly into conversation as if he hadn’t just made a tremendous fool of himself. After that, we ran into each other at every turn. I couldn’t put my finger on it, but there was something about the way that he carried himself across a room that made me want to get to know him. Maybe it was his shy smile or his penchant for sarcasm, but just like that, I stumbled into his love headfirst and with abandon.

From the stories he shared with me, I knew that Harvey came from a small Egyptian family who practiced Islam. He confided in me that he didn’t really consider himself that religious and would often get frustrated pretending to be just to appease his mother. I loved hearing him speak about his family’s culture and the customs that they followed. Being of Haitian descent (with a tight knit Catholic family of my own), I couldn’t say that I shared the same struggle as him, but I understood what it meant to feel so disconnected from what was supposed to be your identity. Growing up, I was subject to a running joke among my friends that I would marry someone outside of my nationality and race because I always had crushes on guys who were not black. It eventually started to catch on to the point that my classmates teased me constantly, making comments like, “Cassandra probably wishes she was a white girl with the way she’s chasing after those white boys!” and “Why can’t you like someone in your own race for once?” I hated their bullying, and so stopped confiding in them (and really anyone else) about my romantic interests for years. Those days I felt like I was drowning.

But Harvey was different. Slowly, I found myself becoming more comfortable with the idea of us after seeing how open Harvey was when it came to sharing his family stories with me.

What Harvey wasn’t open about was whether I’d ever fit into one of his stories. He never introduced me to his family or brought me to his house, and he refused to take any of my relationship questions seriously. When I would try to ask what he thought about interracial dating, he laughed and told me to “Relax. Stop thinking so hard.” I did not push back on him and demand that he answer me; in fact, I let myself fall even deeper into this relationship, which we never defined or named.

How do you feel about Cassandra’s story? Do you feel that her affinity for men who were not Black may have led her into this situation? Do you think that at times people who choose to interracially date for square pegs into circle holes?

tags: black women with white men interracial dating trouble with the swirl your tango
previous What's Behind Twitter's Obsession With Eating "Cake"?
next 5 Questions To Lead You To Happiness In Love