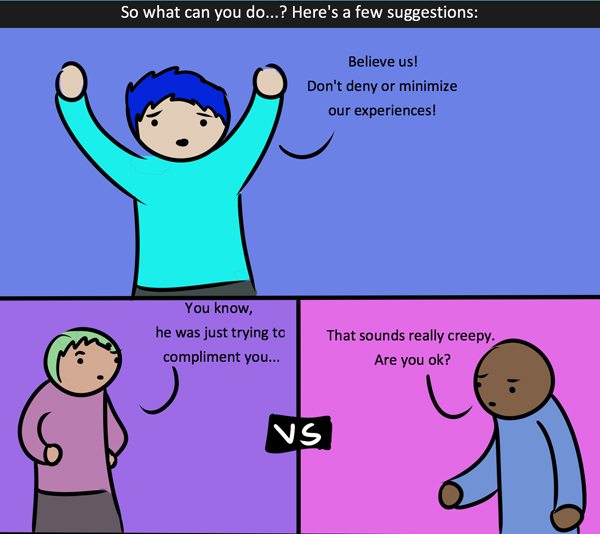 The other day, I heard about this video but I didn’t watch it. Not that i’m not interested in the discussion around street harassment because I am. But because there’s a ton of videos from various sources coming out every other day and it’s a lot to keep up with. Without further adieu, here’s the video.

And… after I watched the video I thought to myself… I mean… ok.

Then I realized that a lot of people agreed with me. The video falls short of really capturing what street harassment really is about. To me, it’s not so much about saying offensive things to women or an inner insecurity. It’s about the mentality that you actually can harass a woman on the street. I wonder if that’s clear. Maybe a better way of saying it is, privilege and entitlement.

Anyway, after watching the video, what are your thoughts on the video? Do you think it captures the problem accurately?

tags: buzzfeed catcalling Street Harassment Video
previous Should You Drink On The First Date?
next 8 Things That Happen When Your Significant Other Finds Out You’re Still Friends With Your Ex