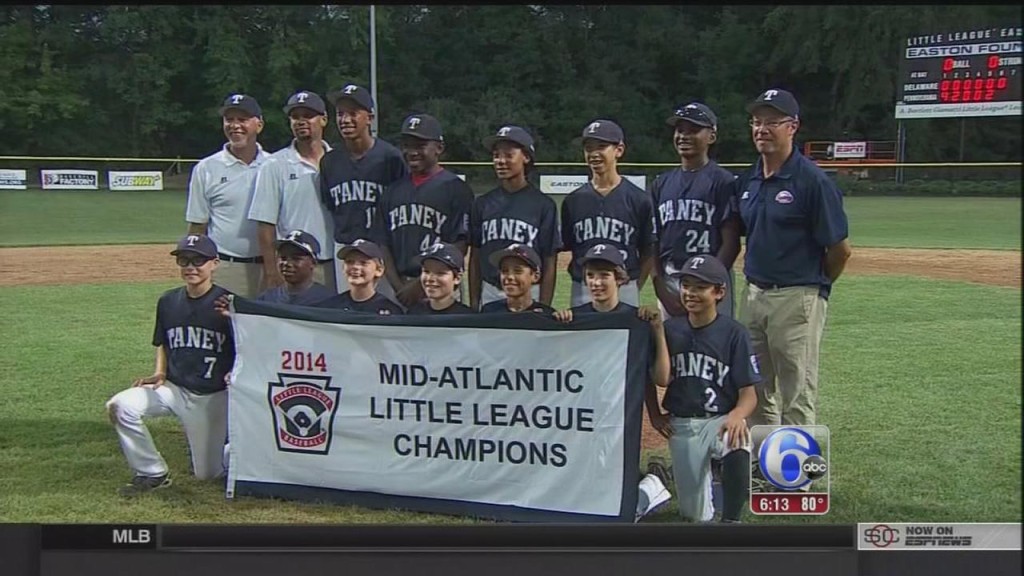 Look, this week has sucked.

The events in Ferguson, MO have been alternatingly frustrating, infuriating, inspiring and shameful. And while we were focused on that, something just as bad happened in Los Angeles. And Illinois.

It’s all been distracting at best, depressing at worst.

Then there was Mo’ne Davis, the 13 year old phenom who has taken over the Little League World Series.

Davis and the Taney Dragons from Philadelphia have been the perfect antidote to this wet fart of a week. Here are the reasons why I’m clinging to the Little League World Series as the last hope for humanity: 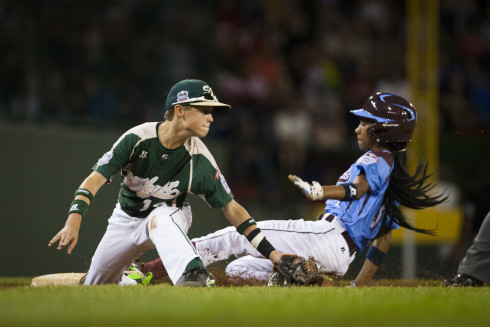 Last year, I went to a Cleveland Indians game and decided to pay $5 to throw three baseballs next to a radar gun. “This’ll be fun,” I thought.

First pitch: bounced ten feet in front of the makeshift batter’s box. No reading on the gun. Unfathomable sadness.

Last pitch: Now knowing what I need to do, I tried to throw my arm out of its socket…

And I’m a grown ass man. Mo’ne Davis has pitched multiple shut outs, regularly throwing 70 miles per hour. She is clearly the better man between us.

Besides her on-field talent, which is great, Davis also has impeccable swag:

(Just in case the above doesn’t work. Click here.)

I can’t imagine a better answer to a question. She’s all the best parts of Kanye West with none of the crazy. In short, Davis is DEFINITELY the girl all her teammates are scared to ask to the movies.

They’re entertaining, and they win –

I was onboard the Mo’ne bandwagon early, but I had no idea if the team was actually good. Sunday’s game made me a believer.

Down 6-3 in the fifth inning, Taney looked like they were headed for a loss (although they would not have been eliminated from the LLWS). Instead, the Dragons rallied with a series of hits, bunts, and aggressive baserunning to get to within one, then win the game on a last at-bat error.

I was in my house alone shrieking like a little girl. Not like Mo’ne, of course. She’d have taken it in stride.

We need something distracting –

As mentioned at the top of this post, the American social landscape is as bad as its been in years. When they make the Disney movie about Mo’ne and the Dragons (and you know they will), the nationwide protests linked to Ferguson and Los Angeles will be the foil to this heartwarming story.

Hopefully they show this post in a montage or something. I saw it first, hit the comments and be a part of history.

That’s all I got. I’ll be watching this team spamming Twitter with the play by play. Take some time away from following Ferguson tomorrow afternoon and catch Mo’ne pitching on ESPN.