Home Hot Topics Man, It’s Hard to Give a Crap About College Football This Year
Hot Topics
Other Stuff We Like
Sports and Entertainment
August 26, 2014 Joe Sargent 15

Man, It’s Hard to Give a Crap About College Football This Year 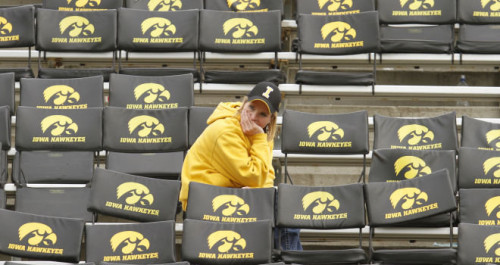 In case you missed it, the college football season started this weekend. I watched the game. Because football. But honestly, you didn’t miss anything.

For one, I couldn’t name any of the players. And second, the game was on a blood red field in eastern Washington. Hard to take that seriously. 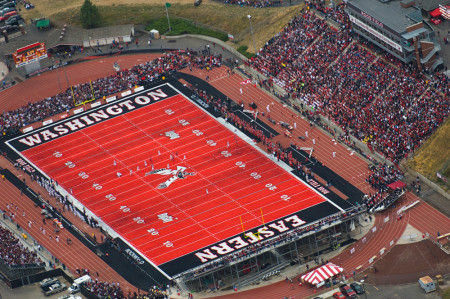 So real football starts this week with recognizable schools and players, and I gotta admit I’m not as excited as I normally am.

Maybe it’s because my beloved Michigan Wolverines are closer to a Participation Trophy than the National Championship trophy.

Maybe it’s my nagging hatred for the NCAA and their refusal to admit that their version of “amateurism” is essentially the relationship pimps have with their, um, workforce:

A pimp says: “Go out there and make my money.”

The NCAA says: “Practice hard so ESPN, Fox, CBS, and countless sponsors will pay us billions.”

A pimp says: “Give me that money, and I’ll give it back to you in the form of a crappy apartment and some outfits.”

The NCAA says: “I’ll pay you in a crappy apartment, an education many of you are underqualified for and don’t value, and exposure for a professional career that most of you won’t get.”

Both players and hookers say: “But I’d rather just have the money to spend on things. I’m earning it after all.”

…or maybe it’s some combination of those three.

I’m happy that the Ed O’Bannon case was resolved recently with a victory for players, but I’m not sure a $5,000 cap on earnings is different than the NCAA’s $0 cap. Why not let players earn money similarly to amateur Olympic athletes?

That answer is complicated, but it comes down to the NCAA’s desire to keep players broke. And that is a pimp trait if I ever saw one. Money is power to control your situation or leave entirely. And the NCAA (and pimps) have that power and no reason to give it up.

I suppose I’d feel the same way if I had it. It’s much easier to be the evil king than Robin Hood. But it’s getting harder to ignore this inequity.

Martin Luther the King delivered one of my favorite quotes:

“Nothing in the world is more dangerous than sincere ignorance and contentious stupidity.”

With age and Twitter, I’m having a hard time turning a blind eye to this: 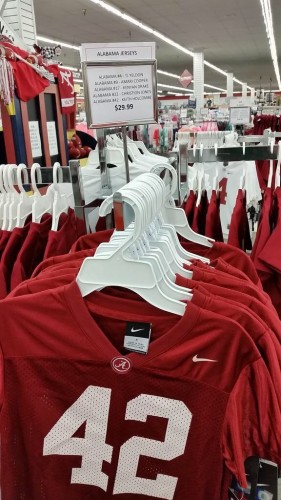 The store literally put the key to what player it is on top of the sales rack!

Or consider the 25 versions of “Oregon Football #8 ‘s” jersey offered by Nike. 25 ways to make money!

Of course, that isn’t Heisman contender Marcus Mariota’s jersey, it doesn’t have his name on it!

It’ll be a shame if greed and common sense make me less of a college football fan. Maybe Michigan can get it together so I can sit on the edge of my seat again.

For what it’s worth, I have Florida State repeating as champions. Sorry to Sargent Curse you, Seminoles fans.

Well, that’s not the post I set out to write. What do you think? Are you as into college football (and college sports in general) now as you were years ago?