Home Featured The Jill Scott Nude Mishaps: Sexting and What You Should Know Before You Press Send
Featured
September 4, 2014 TheSUNK 7

The Jill Scott Nude Mishaps: Sexting and What You Should Know Before You Press Send 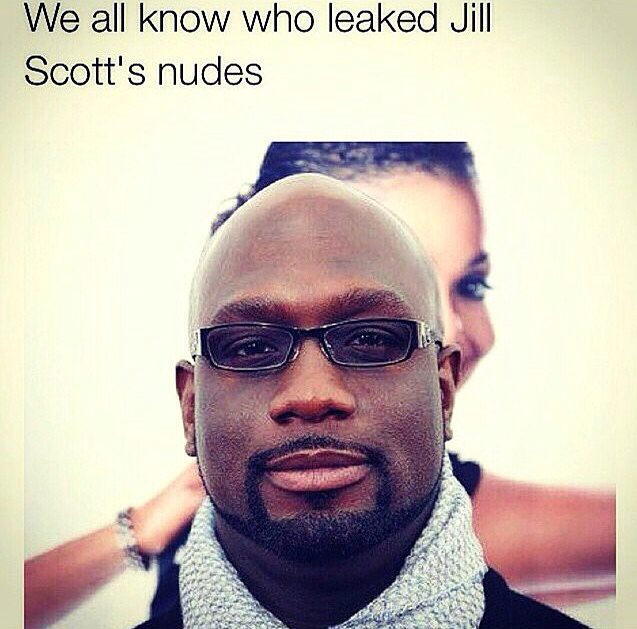 First of all, I’m pretty sure my boo Jill Scott wasn’t sexting, because that would mean she was cheating on me with some other guy because these pictures are new to me and I mean we share everything together.  She was most likely just showing her weight-loss to a couple of her BFFs via Group Me or something- no harm in that. However let’ just say she was sexting and I was trying to give the voluptous songtress some advice on how not to get caught.

Sexting can either enhance your sex life or destroy it along with your public persona. If you’re going to get in this sexting game you gotta do it right. To avoid sexting altogether proves somewhat daunting, because who doesn’t like to give or receive pictures specifically tailored for them. For the most part women are the givers of sexts and men are the receivers, so it is only right that this post will focus on women. This is the Sh!t U Need 2 Know Before You Press Send:

Who
Know who your sexting and know who you’re dealing with. This sounds simple but everyday a woman gets uploaded onto the internet to be humiliated or to go unaware of her internet fame. Don’t send pictures to a guy that you barely know. Why? Well, because you barely f^cking know him. This will prove to be hard, since most women can be in a long term relationship with a man for years and still not know him. However, if you don’t know him and you’re just fiening to show him how good you look when you get out the shower or want to show off those new nipple rings then go to the next rule…

Either Face or Body Not Both
This is an OG move, if someone asks for a picture send them a pic of your face. If they want something a little freakier, send them a picture of your body without your face attached. But never both in the same picture; only idiots, strippers, and have-nots send both within the same picture. You can have fun through sexting without ruining your personal and romantic life forever, you just have to be clever.

No Identifying Properties
Tattoos, birthmarks, jewelry, school/work trademarked things, and/or house backgrounds are not permissible. Even if you didn’t put your face in a sext, some people will go to amazing lengths to identify you in a sext. Not as many women have a cupcake tattooed on their butt as you may think. How many chicks with a booty as fat as yours volunteered at *insert organization* last summer? Exactly. Take anything that is specfic to you out of that picture.

Be the Best That You Can Be
So you gotta include your face in the pic, because you didn’t want to take my advice. Well if you are gonna put your face in the pic, make that pic the sexiest sext that you could possibly send. Nobody wants to be in the twitterverse as the next joke or trending topic. Make it look like you intended to be on the internet and own that picture. The best way to combat negative publicity is to own it like you did it on purpose.

The Sextually Bartering System
The S.B.S. is when you have a guy or girl send a picture that is equally incriminating as the picture you intend to send. If you send your twat with your face in it, he sends the same type of picture. If he ever outs you on the internet, you got the same ammunition to embarrass him. A trade for a trade; guys usually get defensive when you ask for pictures in return. However don’t let that detour you, keep it on the same playing field. Don’t let him get an advantage.Hopefully, you learned something today.

See Also:  How Leaked Nudes Have Changed The Game For The Worse

How do you feel about sexting? Is the fun worth the potential downfalls? Have you ever had a bad experience sexting? Do you have any tips for sexting?

tags: hacked jill scott leaked nudes sexting
previous Is Nick Cannon Right to Rant on Twitter about His Marriage?
next How To Be The Main Chick, Side Piece And Bottom B*tch And Eliminate The Competition