How To Be The Main Chick, Side Piece And Bottom B*tch And Eliminate The Competition 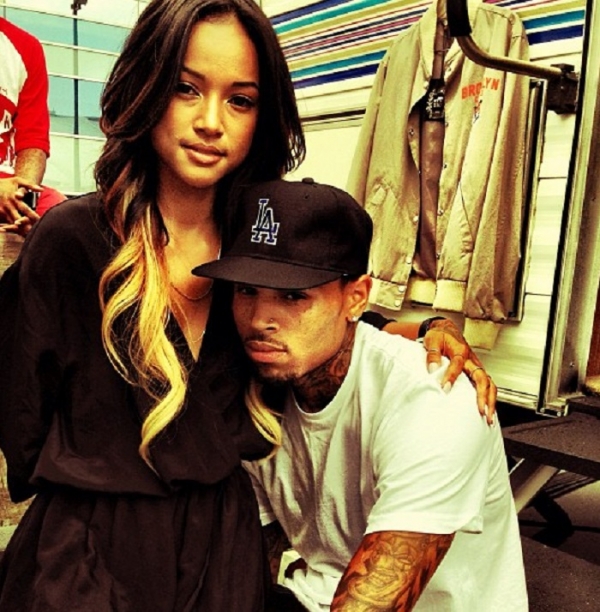 Let’s talk about the cyclical relationships that women have in a man’s life. The main chick is annoyed at the side piece for trying to steal her man. The side piece is mad at the main chick for actually thinking that she can fully satisfy her man. The main chick and the side piece are mad at the bottom b*tch because they know that if all else fails their man will just go back to her. Don’t get me wrong, they are mad at the man for including the three of them in this situation but they aren’t planning on losing him. Therefore, they focus their efforts on trying to eliminate the other women in his life.

Most of these efforts involve trying to expose their enemies to the man as disloyal, unqualified or unfit. These are special martial arts techniques known only to the most Spartan and Super Saiyan women on the planet. This may include screenshotting, leaking nudes, flat out lies, or even introducing them to another man that they can trade up or down in their position with. That’s right there are some people who would rather be a side piece than a main chick because they really just don’t have all that time for a man.

The most successful of these techniques is a rare form of martial arts known as Karrueche.

See Also:  How Insecurity Keeps You From Being Great - Pharrell Expands on Album Cover

Karrueche is a twenty-six year old form of martial arts that focuses on playing your role and the role of your enemies thus eliminating the need for the other women. How does someone go about learning this technique and art form? Easy it’s like this:

1)      Don’t let anyone know anything about you except that you are confident and comfortable – The best advantage that someone can have is when your enemies don’t know anything about the core of who you are. This way they can’t harm you with their attacks. When people think you have no personality and are simply a muse they underestimate you. Moreover, the appearance that you are confident and comfortable in yourself confuses your enemies. It leads to make errors and mistakes on their own without your doing.

2)      When he cheats on you; be cool not angry – When your man cheats on you and you get angry, he knows that you still care. The opposite of love is indifference. Use indifference to keep your composure and balance. This will throw everyone in the situation off. People will wonder why you’re not upset, angry and desiring to burn all his clothes. Again, never let them see you sweat.

3)      When he’s in trouble; be there for him – The one thing that a main chick and side piece know they don’t have to do is stick with a man through tough times. Either that or they are comfortable with letting him work through things on his own and get back to them when they’re in a better position. That’s when a bottom b*tch swoops in and provides that shoulder to cry on, bail money and alibi that a man needs when he’s in trouble. If you can manage to be there for in the way his bottom would be and still stand tall as the main, you win.

4)      If all else in his life fails; welcome him back with open arms – This is a key principle in practicing Karrueche; you have to have the power to allow yourself to accept him back even though he’s hurt you. Most women fail miserably at this and their pride gets in the way of their happiness. When a man hits rock bottom there is no one there for him not even his bottom. His main takes all she can get and finds another man. His side piece moves on to being another man’s side piece. All three of those women lose. In the fell chance they do take him back they create stiff rules and contingencies that aren’t welcoming. (Mainly, passwords to all his stuff and freedom to snoop whenever they want.) If you can take the pain that he’s caused you and channel it into loving him more, you win.

See Also:  She's Out Of My League

The central theme behind Karrueche is knowing that in the end nobody asks you to show your work with how you found happiness. It only matters that you’re happy. Most situations that lead to happiness are messy and you would rather talk about the present than the past. If you practice and believe in Karrueche you exist in the here and now, maybe the future, but definitely not in the dark past.

tags: bottom b*tch Chris Brown karrueche tran main chick side piece
previous The Jill Scott Nude Mishaps: Sexting and What You Should Know Before You Press Send
next 6 Random Things Women Do to Show You They Love You