Does Iggy Azalea Really Have The Body That ALL Men Love? 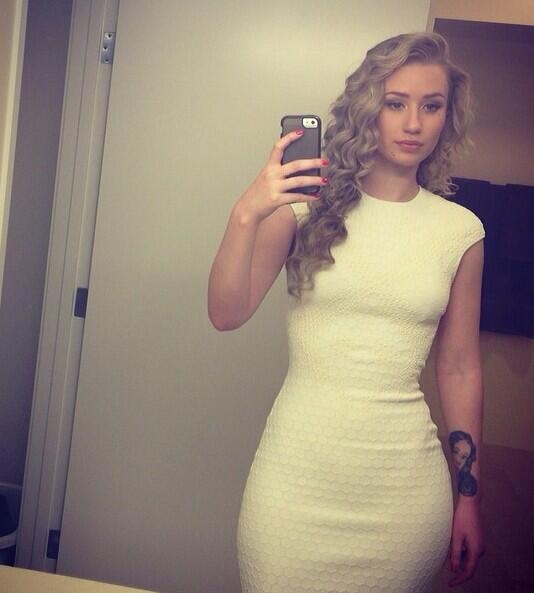 Check out this excerpt from an article I recently came across below:

Thinking about how much attention my family member gained from the guys who’d enter her restaurant made me focus on what they found attractive about Iggy Azalea body shape. She regaled me with stories about how the men would start out acting like gentlemen, but after the liquor flowed and they began openly flirting with her in front of their own girlfriends, jealousy and anger arose.

For one thing, she’s pretty tall and quite lean, with very long legs and a high rear end. Her mom used to sing a little ditty that rhymed her name along with a “big fanny” phrase, but her bottom isn’t nearly as wide as some famous ladies you see in the media these days.

“Your waist-to-hip ratio is amazing,” one radio guy recently told Iggy Azalea, leaving me to research the popular rapper’s height and weight. According to various Google results, Iggy is my height — around five feet, ten inches — and while I’ve hovered around 160 pounds lately, Iggy is approximately 132 pounds, so says the Internet “scuttlebutt,” pun intended.

Such wonderings about hip-to-waist ratio even had me performing more in-depth research. I learned, without even realizing it, males tend to prefer a woman whose waist size is about 70 percent of her hip size. That means a 28-inch waist supposedly looks nice and boss with 40-inch hips.

This is because males have a primordial sense that they want to choose a woman who would have no problem birthing their children. A waist that’s 70 percent the size of a woman’s hips must spell the perfect “child-birthing hips,” according to science. I blame these scientific findings for the surge in women buying waist trainers and corsets to trim their middles — a phenomenon we can see being chronicled via Instagram photos all the time.

The whole article is here.

See Also:  Why Being Comfortable Can Be A Horrible Thing For Your Relationship

Nonetheless, what are your thoughts on the “body that all men love”?

tags: body that all men love iggy azalea shared post
previous Putting Your Hands on Your Kid Isn’t Love. It’s Lazy.
next The Singles Project : We Aren't Always Who We Think We Are