Your Boyfriend Won’t Replace Your Father 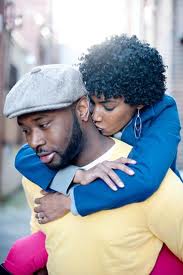 A woman’s father was designed to be the first man that she’d ever love, though for a multitude of reasons – including divorce, absenteeism, bad parenting, abuse of the relationship, and other factors beyond her control- that may not have been the case. Due to a father’s inability to play his role in his daughter’s life, women sometimes have been known to have “daddy issues.” A way to fill this void is to develop a paternal-type relationship with an older male, such as an uncle, family friend, or mentor but most women instead expect for their boyfriends, hubby, or beau to be not only their best friend, confidant, and lover but also their papi.

A great father knows the importance of esteeming his daughter and teach her a lot about life. He tells her that she’s beautiful, smart, special – and, above all else, irreplaceable to him. The Daddy-less Daughter or a girl facing daddy issues may be constantly in search of this reassurance evidenced by her frequently updated “in a relationship” statuses. She constantly needs a man to validate her. It’s as if her identity is so heavily defined by the man that she dates….she IS xyz’s girl. This is not surprising being that fundamentally, at the core of who she is, the piece of her that brought her into existence, is a piece of her that she has never known. So naturally, as she plays out her role as xyz’s girl she may be viewed extremely clingy. Now feeling like she’s closer to knowing who she is, after finding her identity in a man, she doesn’t want to lose this sense of security. She doesn’t want to lose the very thing that, she believes, gives her worth, happiness, and a purpose. Her tight grasp on her relationship is rooted in her not wanting to lose a man without any rhyme or reason – just like she lost her father.

Some daughters with daddy Issues put so much stock in their boyfriends that they believe that can do no wrong.  A Daddy-less Daughter may create idols of the men that she dates. It’s as if she believes that her boyfriend will be the answer to all the pain and neglect that she felt from her father.  Her boyfriend is expected to be her night and shining armor – the one who saves the day and rescues her from her turmoil. This places extremely high pressures upon the gentlemen. He will never live up to everything that her father is not, because he is human and he may exhibit some of the same character flaws as her father.  Her boyfriend’s presence won’t solve her problems because he wasn’t the cause of them in the first place.

See Also:  How To Get Off The Dating Rollercoaster 101

Other Daddy-less Daughters exhibit behaviors contrary to the ones described above. Some women practically carry around banners proudly displaying that they don’t “need a man.” And while this may be true these women are still truly overcompensating. Having to live a life where their fathers didn’t provide for them creates a need for them to be assured that everyone knows, especially their men, that they ‘don’t need a thing from anybody.’ They’ve managed to graduate from high school then college, land a great career, buy a house and look fine while doing all of that – without a single handout from anyone. It’s most certainly great to be accomplished but this subtle resentment towards men may be repulsive to a mate. It is understood that her achievements are a way to stick it to the man but that should be reserved for her daddy and not her beau.

Why they just want to be…..wanted!

On the other hand, there are some women who do feel like they need a man even if it is just for ‘that thing.’  Some women are relentless in their sexual pursuits because they always feel accepted and wanted when they entertain men in that way. The very man that was supposed to love them the most didn’t so Daddy-less Daughters seek out situations that supply a counterfeit feeling of love and strong admiration – even if it’s just for a little while. A father’s role is to traditionally teach his daughter how to interact with boys and to protect her purity by literally blocking no good guys from coming into her life.  A daughter with daddy issues doesn’t have this luxury and if she believes this old saying to be true, “A man will never love you as much as your father” then she may feel that she has no real shot at anything substantial with a man and their boyfriend won’t replace a father in their life.

Daddy issues can cause some major damage to a budding relationship mostly because the man will be helping her unload the burden that she carries from not only her past boyfriends’ baggage but her father’s baggage as well, which is frankly baggage that he was never designed to handle. A man that’s pursuing a woman romantically can never and will never be able to stand in the gap of an absent father. A Daddy-less Daughter has no voids that her man, her degree, or any of her stuff can fill. The good news is that she doesn’t have any voids that God can’t fill!

Author of:  “How to Not be that Guy: The Men’s Dating Playbook” and “I’m Single by Choice: And Other Dating Lies We Tell Ourselves”

tags: daddy issues dominique cobbs Guest Post
previous The Singles Project : We Aren't Always Who We Think We Are
next How to Tell a Woman She's Bad in Bed