Wait, are the Dallas Cowboys…Good? 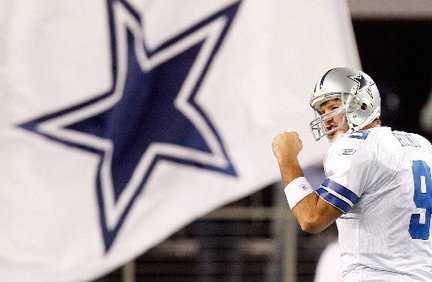 I know your immediate answer is some variation of, “Hell no!”

The Cowboys are 4-1. Firmly ahead of where you (or I) had them five games into the season. They have beaten two bad teams, one decent one, and one we thought was good. The defense is still horrendous on paper. And Romo hasn’t thrown the interception that melts Twitter yet. So where do we stand?

Let’s set the above question to the side for now, and answer some smaller ones: 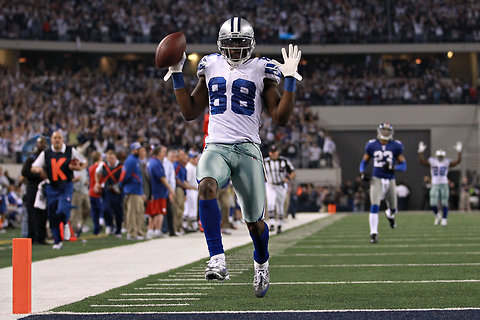 In short, the offense.

In long, DeMarco Murray has been better than almost anyone in history through five games. Dez Bryant has been Dez Bryant (which is to say, one of the best receivers in the league). And perhaps most importantly, the offensive line has played up to its potential. Three first-rounders on your offensive line should make that line pretty good, and they have delivered.

And then there is Tony Romo.

I’ve taken my share of shit from everyone: strangers, casual acquaintances, and even my dad, for defending Romo. I’ll step out on that wobbly limb and say this…Romo has been exactly what Dallas needs so far this season. He’s made the big play when necessary, and avoided turnovers when the game is on the line.

His numbers haven’t been amazing, but he’s on pace for 4,000 yards. And if you take away that horrible, no good, very bad first game, he’s on pace for 32 touchdowns against just eight interceptions. Those are just slightly better than the last two quarterbacks to win the Super Bowl, by the way.

The emergence of DeMarco Murray has, as you’d expect, taken pressure off Romo to make every play. And hasn’t that really been the problem with Romo all along? Who could have predicted that a good offensive line and productive running back would propel the Cowboys team, Romo included?

Oh that’s right. Me and all rational people predicted that.

What can keep them from making a playoff run?

Football Outsiders, the smartest people analyzing the sport, rank the Dallas defense 23rd in the league. A long-winded of their ranking, DVOA, is here.

See? That’s much smarter than “Dallas gives up less points per game than the Seahawks (true, by the way) so they are better!”

See Also:  Two Games Into the NBA Finals...Will the Cavs or Warriors Win it All?

The Cowboys’ defense has been below average against a below average schedule. That’s not good. When all the teams get good in the playoffs, that is a recipe for an early exit (sure to be blamed on Romo).

So are they good?

I think so. But that kinda doesn’t matter. Will they make the playoffs? Yup.

The defense worries me more than Romo. But take a look at their schedule.

The Football Gods blessed them with exactly four more tough games this season: at Seattle, versus Arizona, at the Giants, and at the Eagles. And I’m only adding the last two because they are division games. They’ll probably end up splitting those one way or another.

So let’s say the Cowboys end up 10-6. That’ll be way ahead of where many predicted, and it’ll definitely get them in the playoffs in the very average NFC East.

Don’t send your apologies to me for defending Romo at once.

What do you think? Have you come around on the Cowboys at all? Has Romo earned any of your trust thus far?