Why Are More Women Choosing to Not Marry? 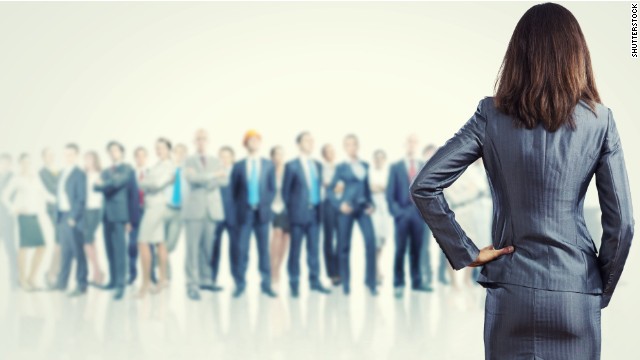 I came across an article yesterday and it gave me pause for thought. I thought i’d share some excerpts with you all today and see what your thoughts were. The gist of the article is that more and more women are choosing not to marry and happy being single for the rest of their life. While I think this may be a bit of a defense mechanism, it’s an interesting notion. Here are a few clips:

Currently, 53% of women over 18 are in the singles column. Put another way, women now have choices that allow them to customize the arc of their lives and some of them find that it is best for them to put marriage aside.

My thoughts: You say that now… but the way women are wired doesn’t bode well for living out the end of their lives alone. However long that process may take.

What it comes down to is people get married when it’s a good deal. The question is why isn’t marriage a good deal anymore? Here are some considerations.

If a woman is poor and only meets equally poor or poorer men, she’s in a tough spot. It is no secret that many women do not choose to marry if the available partners will make their economic situation worse.

In some of these cases, even if a woman has a child, she may be better off with government help than a nonworking, non-involved husband.

When a woman is very privileged or highly successful, marriage could come very easily — or not. Think of the likes of Elizabeth Taylor, who was married eight times. Or Oprah Winfrey, who for personal or professional reasons, is not married.

Moreover, a woman doesn’t need a husband who is a high-powered corporate attorney if she is a high-powered corporate attorney. Taking advantage of economic and professional opportunities could be undermined by committing to a partner with an equally ambitious, or different, life agenda. This kind of woman may wake up every day to new and exciting challenges and think, “best to wait.”

A woman who doesn’t want to settle for cooking and cleaning and being the primary parent that society prefers. She is not meeting guys who want the kind of woman she is.

Some women are in an income bracket where marriage inflicts economic costs. She would have to pay more taxes if she marries someone who earns approximately what she makes or more.

A few years ago when I was in China, I had a conversation with some very beautiful female Chinese TV personalities about their personal life. I asked them why they were single and if they wanted to get married.

The three women all said they didn’t want to marry because “the men of our class will all expect to have mistresses, and it is better not to marry than have to put up with that.” I have no idea if this was an exaggeration or not — but they believed it.

These women wait for the perfect guy, or the guy who they would fall in love with and love them back just as much. If that man doesn’t come along, they prefer to go alone. As women get pickier, more factors enter into the marriage equation.

My thoughts: I guess you’re saying you don’t need a man and are deciding that you don’t want a man. I’ve been feeling this vibe from y’all for a few months now. As discussed here, now that there is no real financial need for women to marry, they stopped being interested in it. Marriage rates are plummeting. Last, this list of six could easily be translated into reasons for why men avoid marriage.

In social psychology, there is a classic theory called “exchange theory.” It is a bit cold-blooded, but it predicts that a person’s actions will be based on trying to find a balance of give and get. Each person’s resources — of all kinds, including money, looks, background — are traded back and forth for a “good deal.” For example, a “good deal” scenario could be a woman who makes an excellent living pairing up with a man who is a writer and is willing to work at home and be the primary child care person.

When women’s life choices were highly constrained, they had little negotiating power. They had to marry or were seen as damaged. A few got away with being “free spirits” but usually they were exceptional in wealth or lineage — and even so, it wasn’t easy.

My thoughts: See what I was saying?

What do you all think? Is this for real or just shenanigans? It’s quite possible it could be both but to keep it real, not every woman who says she’s fine with being single really means it.