Please Stop Having Children By My Future Husband 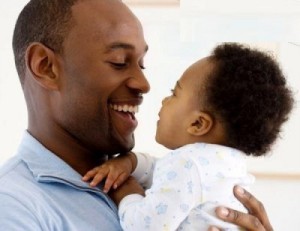 This is a public service announcement on the behalf of my future married self and my sister friends in the struggle.

Have you ever dated a guy with a child and thought to yourself: I wish he didn’t come with a microwave family. Am I wrong? I’ll help you with that answer, no you are not!

I know I can’t be alone in this thought. At least two of my close friends are in relationships with men that have children. The circumstances surrounding the children and their mothers could have potentially ruined each relationship at one point or another, for one reason or another.

What about the surprise baby scenario, ever encountered that one? In my case, it went a little something like this. We met at a mutual friend’s dinner party. He was cute, but I didn’t give it much thought. Then unexpectedly I’m having dinner with the girls at a popular midtown Manhattan restaurant and randomly, guess who walks up to my table. Eventually, after combining our dinner parties for an evening full of laughter, he and I exchanged information. I had to admit that the guy was charming.  Post first date, I was absolutely interested. He had a great personality and his stats on paper matched up as well. Gainfully employed, degree in accounting, own apartment, and no kids.

We went out on three dates and everything was going better than I could have expected. Then I got a call. He asked me to meet him because he had something that he needed to talk to me about. At this fairly early juncture in our relationship I was a bit confused as to what we could possibly need to discuss so urgently. I went along with his request. We met for a drink. Before the waitress could return with our order of white wine sangrias, he dropped Hiroshima on me. He revealed that for the past few weeks he had failed to mention that he was a new father…to a ten-month-old baby boy. Technically he had not lied to me. Well it was a lie by omission. Nothing in our interaction led me to believe that he had any children up until that point. Conveniently he omitted that he was a father.

I didn’t know what to expect from the conversation, but this baby revelation was nowhere near having been on my radar. I was shocked and a bit crushed since things had been going so well. I knew that the situation could potentially get complicated from that point on if I decided to continue dating him. He said that the relationship with the child’s mother was done, but is it ever really done?

He seemed embarrassed and unsure of my reaction. His introduction to the situation included something along the lines of: I like you and I like when we hang out together, so I have to tell you about my situation, but I wish it were not the case. A part of me felt sorry for him. But I also felt sorry for me. I watched any hope of a future with him swirl down the drain. Not because he was a bad guy, but because of decisions and actions that were made before my time. Decisions that were now impacting our current reality. Being the understanding person that I am, I tried to continue dating him for a few more weeks. However, once the baby was a known factor, things just began to get too complicated. The complications were largely due to his situation with the baby’s mother. I shared with him my theory on women having kids with men outside of marriage. Women don’t typically have a child with a man that they don’t love. Sometimes I feel like men are either clueless or they play clueless, because the willingness of a woman to have your child should speak volumes. In the instance that I shared, I was only able to receive one side of the story, but I had heard it so many times before. His relationship with the child’s mother was on the verge of ending. The breakup had been discussed and they agreed to split. Then she turns up pregnant.

See Also:  What's a Mom Friend and Why Should Every Single Woman Have One?

How many of us have heard the story of a similar cliché situation? How many of us know someone dealing with the notorious baby momma drama? We can easily say that it takes two to participate in the creating of a baby, but let’s be honest, in 2014 we all know how not to get pregnant. I know married women, and women in long-term relationships, that are now subject to the trials and tribulations of a woman’s antics who is still trying to hold on to a relationship that is dead and buried. If children had not been added to the equation would those two people even know each other still? Or would they be unattached people having moved on to new relationships, leaving them as distant strangers who once shared a past?

It would be years before the guy in the above story was in the clear to truly make a viable effort at a meaningful relationship with another woman. Hence, we were not able to make a fair assessment of where our relationship could have led. Because of another woman’s selfishness, we will never know what type of great love she may have prevented. I knew this from experience. In years prior a similar scenario happened to me more times than I care to acknowledge. I would meet what seemed to be a great guy, but he had a child and baggage. I tried to stay and deal at least twice, but in both cases it did not work out in the end. Largely because the men had obligations, obligations that I did not have nor could I always understand. I respected myself enough not to let their obligations and baggage get in the way of my happiness. We were not two single people coming together to date and see where things may go. He was a father, and if I chose to commit to him on a deeper level like marriage, then all of the experiences that we would have gone through together as first time parents would have been stolen.

See Also:  Relationship ADD: Why can't she keep my interest?

Do mistakes happen? Yes. Do accidents happen? Yes. Can contraception malfunction? Absolutely. But let us remember that women control more than we think. Everything from the beginning to the ending result of sex is a choice that we make for our bodies. There is no grand prize for trying to keep someone that does not want to be kept via a baby. As a future girlfriend, fiancé, or significant other, the woman that I do not want to deal with…the one that thought it was a brilliant idea to conceive a child with a man that was likely not interested in committing himself to her at the time that the child was conceived, let alone starting a family. But she didn’t care. Too often we see the “Keep a man” baby scenario played out and we should all know by now that it really does not work! It simply adds unnecessary stress and heartache along with complicating the futures of all parties involved.

Please understand that in everything that I said, I’m not attempting to let men off the hook for the role that they play. However, I can’t control him, but I can control me. We all need to be more accountable for our actions, which will in turn create a better foundation for our community.

About the Author: Ahyiana Angel is a Cali girl who turned the Manhattan streets into her playground. This sassy storyteller—a former sports entertainment publicist at the National Basketball Association (NBA)—is anticipating the release of her first novel, Preseason Love Oct.21, about dating in New York, coveted careers, complicated relationships, and ultimate deception. Angel is the creator of the salacious and popular blog Life According to Her. It’s contrived like reality TV, fictionalized for fun (also to protect the innocent), and sensationalized for your entertainment.