If you didn’t know (which means you NEVER watch ESPN), college football is adopting a long-awaited playoff format this year.

The committee started announcing their inaugural rankings two weeks ago, making sure to point out that one week’s rankings do not impact the next week. This begs the question, “why bother putting out rankings then?” But I digress.

Since these old white guys (plus Condoleezza Rice and Tyrone Willingham) obviously don’t know what they’re doing, I’m putting out my own rankings for you to mock. So without further ado, the first ever Joe Sargent Mocked Ranking: 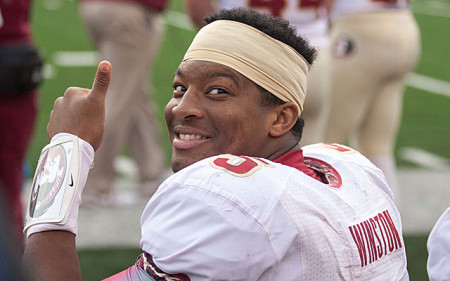 I realize Mississippi State is the #1 team in the country. I realize that’s a deserved ranking after beating LSU, Texas A&M (who may stink), and Auburn.

But I’m not ranking anything from Mississippi #1 in ANYTHING without more evidence. Sorry to my Mississippi friends and readers. But let’s be honest…you’re from there…you understand.

Plus, FSU is the undefeated, incumbent champion. They’ve hung onto that undefeated record by a hair this season, and I think they might lose to Miami this week. But until they are dethroned, they are #1. 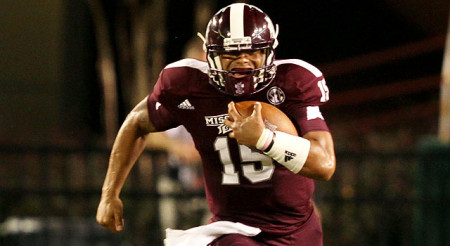 In truth, the Bulldogs are really good. So good that a loss this week at Alabama may not ruin their chance at a spot in the playoffs. They can lose, but they can’t get blown away. They are actually an underdog this week, so Vegas and gamblers aren’t expecting them to leave Tuscaloosa with a win.

The Bulldogs are run by Dak Prescott, their leading passer and second leading rusher. He’s a Heisman candidate, and a “Wait…he’s Black” candidate for his play and name respectively.

I hope MSU runs the table, always love seeing new blood in the mix for a championship. 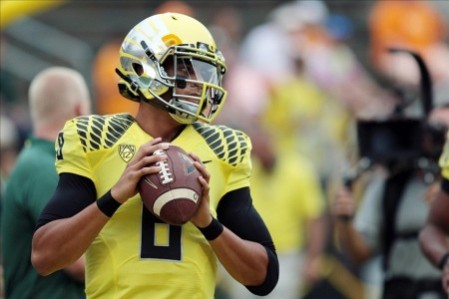 Always a favorite because of their jerseys, mascot and play style. The Ducks have played all their tough games on paper, so they should keep moonwalk into the playoff as a 2 or 3 seed.

I’m ok with this, although they never seem to deliver against the other heavy hitters at the end of the season.

Since that’s all there really is to say, I’ll give a couple sentences to Marcus Mariota.

I think he’ll be a great pro, regardless of style. I think he’d be MURDER in Philadelphia under Chip Kelly’s system, but, to me, he has the tools to be a good pro. I see him as more Colin Kaepernick than RG3. He’s a smarter runner than Griffin, and a better passer than Kaep. I’d be cool if my Detroit Lions drafted him, and that’s really what it comes down to. 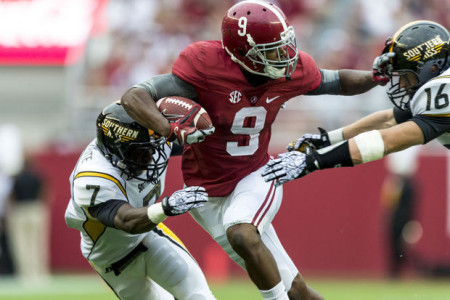 Either Mississippi State or Alabama will drop from these perfect rankings by Saturday night.

Alabama seemingly has it all on offense, and you have to wonder how they couldn’t put up 23 points on Ole Miss (their only loss). They have it all firing right now, and they’ll probably win comfortably against the Bulldogs this week.

How the hell do you stop Amari Cooper, probably a top-10 wide receiver in the NFL already, AND TJ Yeldon, the next in a line of Alabama running backs to disappoint in the pros?

So we’ll keep ‘Bama at 4 for now, knowing they’ll end up in these rankings the rest of the way.

Pains me to say this as a Michigan fan, but they’re right on the cusp after an impressive win at Michigan State. I thought they’d crash and burn when their starting quarterback went down unexpectedly right before the season. But I was wrong. The stupid Buckeyes have talent.

As someone who rooted for Boise State to upset the BCS for years, I’m also behind TCU. And this year’s team seems like they actually belong in the discussion. They barely lost to Baylor, who just lost to West Virginia, who TCU barely beat…and that is why rankings are impossible. TCU is here for now.

That’s how I see it right now. How about you? Who are your top 4? Your first team out?