Home Culture The Last of a Dying Breed: The Fall of Generation Y and the Rise of the Millennial
Culture
Featured
LifeStyle
Marriage
November 14, 2014 Dr. J 26

The Last of a Dying Breed: The Fall of Generation Y and the Rise of the Millennial 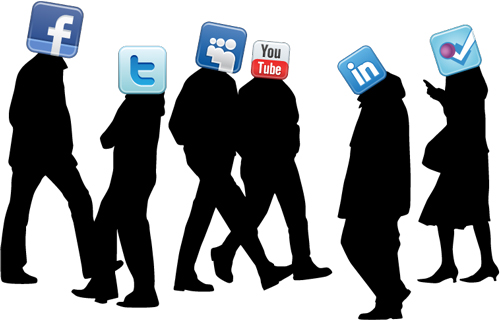 We all have to get used to the fact that our time as Gen Y and our prime is in its sunset. Moreover, that the Millennial’s time has come; it’s their time to lead now. I realize that my mindset about loyalty to traditional roles of employment and being focused on making as much wealth in the time I’m employed is changing. I also have to realize that the way that my generation faces each of our issues in the realm of emotions and relationships is changing as well.

There are clear differences in the way that both generations face life and how they associate with society and life. While our lifestyles are similar they’re awfully different. We sometimes don’t understand each other and think that each other is dead wrong on our perspective and approach but it doesn’t change the reality that the Millennial’s time has come.

Work: Gen Y wants to work in a job that is fulfilling financially and head to early retirement. Millennials don’t worry about a job or career they want to find ways to be financially successful without working for someone else.

The biggest difference I notice between myself and the next generation is that I’m perfectly happy working at my nice cushy job in corporate America. I can deal with the ebb and flow of bad days as long as I get paid every two weeks. I see the world in black and white and shades of gray but I know that financial health is really determined by a solid career with steady income. Millennials have changed focus to wanting financial success but they won’t sacrifice their freedom or who they feel they are as people. Conformity is not an option. Simply put, they’re expecting that society will conform to them while Gen Y is trying to fit into to society.

See Also:  Why We Aren't Standing Out and Fitting In

Life: Gen Y doesn’t take risks when it comes to life. We’re unlikely to do much outside of the norm. We find ways to do the norm with a touch of flair. Millennials don’t care about social norms, they’re blazing trails. They’re transitioning from fitting in to standing out.

I may take a vacation to a third world country or may buy a flashy car but I’m not going to do too much to risk my reputation to society. While I put satisfaction in my standard of living high, I’m willing to sacrifice some of my lifestyle in order to ensure that I can be accepted. Millennials don’t care. They’re not asking what they can do for society; they’re asking what can society do for them. They’re perfectly happy reaching their goals later in life if it means that they maintain happiness. While Gen Y is looking for ways not to seem too far away from the pack; Millennials are looking for ways to exercise individualism at all costs.

Love: Gen Y is marrying and having children later in life but they’re not completely sold on waiting until they’re satisfied with the life they’ve lived. Gen Y places family over themselves and will change their life to find a mate and have a family. Millennials still care about love but they’re moving away from the traditional institution of marriage and family. Heck they may not marry at all.

See Also:  Commit or Die: Even Good Relationships Should Have An Expiration Date

In my mind, I believe that I will have to slow down, buy a home, marry and have a family and start saving for my family’s future. Gen Y is not marrying at the same age that our parents did but it’s definitely a conversation that we’re having in our mid to late twenties. If it doesn’t happen, no big deal, but it is still a deal. Millennials are not going to let marriage and family slow them down in life. Their spouses and children will be a part of them still chasing their goals. They’re going to have unconventional families. They may not marry in their twenties, thirties or at all but that doesn’t mean that they won’t have children. There is no clock for Millennials to figure out what they want in a partner, it will simply happen when it happens. As Gen Y is focused on settling down; Millennials are fine with hookup culture and casual relationships until they want to figure out what they want.

To be clear, this is not to say that both generations don’t still hold onto some of the traditional traits or live unconventional lives. There are tons of members of Gen Y who are members of the “Peter Pan” generation and live like we’re in our mid-twenties even when we’re well into our thirties (or forties). There are a plethora of Millennials who want to take the traditional route to financial wealth and virtue. There’s no way to say that these generations are absolutes but these are the observed conditions.

As a member of Gen Y, I watch that my time to lead society is coming to an end. I’ve got to make room for the next generation to lead and I have choices. I have a choice to hold onto the old way or assimilate into the new way. Regardless of what I decide one thing can be for sure; in about ten years we’re going to look up and our world is going to look a lot different. And that’s not a bad thing, it’s actually a good thing. We had our time to shape a nation and our task is different in how we shape this nation. It’s time to let our younger counterparts show us just how great the world can be.

tags: gen y generation Y millennials
previous How Leaked Nudes Have Changed The Game For The Worse
next The Ten Worst Things BET Got Rid Off