Home Featured Our Flaky Generation: Why Is It So Acceptable to Cancel Plans?
Featured
December 1, 2014 TheSUNK 13

Our Flaky Generation: Why Is It So Acceptable to Cancel Plans? 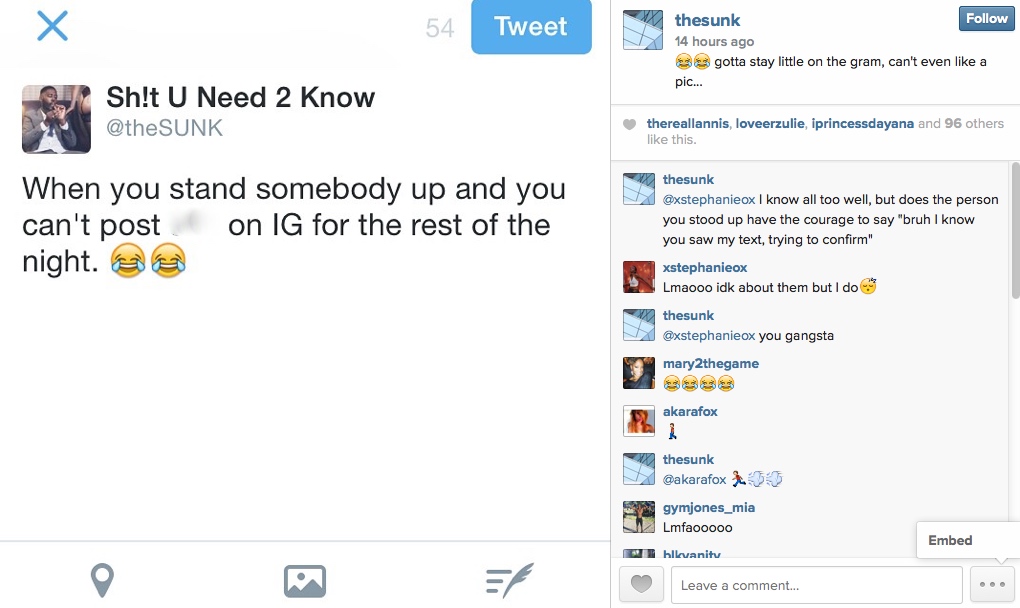 I hate flakey people. You can even say I despise flakey a** people. For the sake of conversation I’ll define what exactly a flake is, a frequently unreliable person who says that they will do something or attend something, but never shows. Usually this is done without notice.” [urban dictionary].

So Saturday, I posted the above picture on my Instagram page, many of my followers and friends were in unison about our distaste for flakes. Some of them even admitted to being flakes. What troubles me about the conversation is that everyone has experienced the sour aftertaste of a flakes canceling on them, consistently. True, things come up and sh*t happens. But I would much rather people tell me about other people that they know that are the most reliable negros they’ve ever known. You know that person that always answers the phone, always returns your call quickly, or always shows up when you need a hand. Those are the people I’d like to give medals and standing ovations too, but no we’re left with adults that flake and deem it ok.

The thing that confuses me the most,  “Why is it so acceptable to just cancel without regard or consideration in this day and age?”  I would think the advent of smart phones, social media, and other apps would bring flakiness to an all-time low. Even though I was born in the 90’s, I could see why the pre-beeper or the beeper age would’ve been better for preventing the cancellations of plans. Since you didn’t have a cell, it was almost mandatory to show up because there wasn’t such an instantaneous message. Then if you didn’t show up, you would feel like sh*t, because you left a person hanging and you know you would hear about it later. However, people don’t even care about the repercussions from having poor etiquette and wasting others’ time now.

If someone doesn’t value your time, don’t give them any more opportunities to waste it. Time is the most valuable possession we all have. If you don’t agree with this sentiment, well I know who not to spend my time with.

So #SBMFam why is it so common to cancel nowadays? Why is there no regard for people’s time? Why are you made out to to be the bad guy, if you confront a flake? How do you prevent being flaked on? Have you ever flaked on someone? How did they react? If it caused beef, how did you reconcile?

tags: canceling plans flake unreliable
previous "If Marriage Isn't The Goal, Why Are You Dating Him/Her?"
next Can Men Ever Successfully Call Women Out?