About Time: The Johnny Manziel Era Has Begun in Cleveland 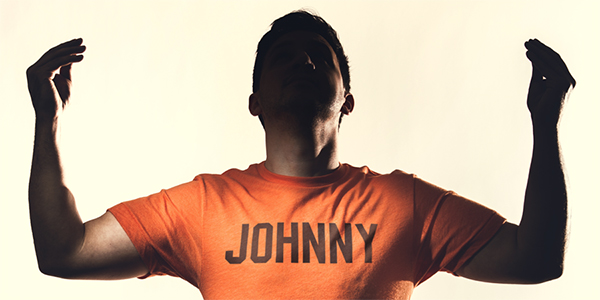 After a dismal performance against the Buffalo Bills this weekend, starting quarterback Brian Hoyer was benched in favor of Manziel in the fourth quarter.

Manziel was up and down in his short time as the quarterback. He scored his first touchdown, but almost surrendered a safety and generally played “meh”.

So what do you do as the Browns head coach (who is either uncommitted or not revealing his choice)?

What’s the point of winning if you win ugly?

Brian Hoyer has been pretty good as the Browns starting quarterback. Stretching into last season, he’s 10-5 as the Cleveland starter. He also has the Browns in the playoff hunt.

All well and good…but how many Browns games have you watched this year?

You know what you’re getting with Hoyer. Average to below average production from a statue-esque pocket passer.

Might as well go with the exciting, dual-threat, high ceiling guy. Go down in a blaze of glory or shake up the league and make a run for the playoffs. Feels like there’s no in between. Embrace it.

Hoyer is a free agent at the end of the year anyway.

What are you gonna do? Give Hoyer big, long-term money?

See Also:  SBM Sports: Why the Packers Will Win the Super Bowl in 2013

That’s why you draft Johnny Manziel in the first place. Might as well play him now, see what you have, and roll into next season with Money as the starter.

The only things that can come from keeping Hoyer are bad:

Hoyer does great. Johnny sits and you wasted a first round pick.

Hoyer sucks. Johnny misses out on development this season.

Hoyer continues to be average. Huge quarterback controversy lingers the rest of the season.

The Browns need a jolt. They have a fairly tough schedule to end the season (Colts, Bengals, Panthers, Ravens), and they’ll need help to make the playoffs. Clearly status quo isn’t working.

Decades of NFL football have taught us one thing above all: successful quarterbacks have to have moxy.

They need to command the huddle. They are the BMOC. The prom king. In short, they have #swag. Now tell me…who fits the bill when you compare the pictures below.

In the wake of Ferguson and the indignant old white people FROM Ferguson, this might be the most compelling reason of all.

No one knows if Manziel will be a bust or a Pro Bowler. But old white people definitely know that he “parties too much (thus doesn’t care to study enough to be a QB),” “flaunts his money,” and “runs too much to be a successful QB.”

See Also:  The Time Was Illmatic: An Interview With The Director And Producer Of "Time Is Illmatic"

What other reason do you need to root for the man?

So here’s to Johnny Manziel’s time as the Browns quarterback. Hopefully it lasts twenty years, and he has bottle service, sparklers and all, delivered to him at midfield with his Super Bowl trophy.

What do you think of Johnny Manziel? Will he be the real deal, or flame out? Are you excited for the Money Manziel era?