Another Chris Brown and Karrueche Split, Airing Exes Out On Social Media 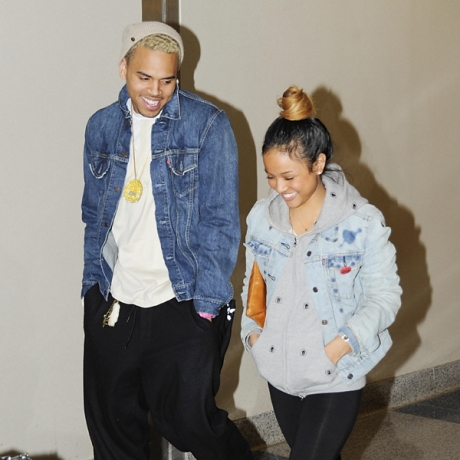 I wonder how many times Karrueche’s name was misspelled over the weekend, I searched for the correct spelling and I still feel as though I’m spelling it wrong. Anywho, Chris Brown and Karrueche split for the 1000th time. It seems like this might finally be the end of this messy relationship, whether they stay together or not is the least of my concern. The thing that really fascinates me are people’s ability to air out their exes out so quickly on social media.

We all go through tough break-ups and relationships sometimes take turns for the worse. Dinner dates and late nights can become ignored text messages and social media stalking, because differences do arise. Whatever the case may be you invest so much of your time and yourself with a person that you believe them to be your partner, your better half, and even your soulmate- that’s a prestigious position. It’s nothing any of us would take lightly or at least we shouldn’t. However, what happens when you guys decide to cut ties and look for refuge elsewhere? Do you de-fame(see what I did there) the very source of so much happiness and contentment, as quickly as you guys dissolve? Do you keep your decision private or air out your former lover? What would do you gain from airing them out?

Recently, someone I cared about or had a somewhat deep connection with went to social media. I didn’t even know there was a problem between us. To be honest with you, I still don’t exactly know the real root of our demise. All I know is that I looked on my Instagram feed and saw that they were throwing more shade than a California palm tree- I looked at my phone in confusion and disbelief. Of course, they kept it classier than CB and Karrueche but their intended target audience was me. I got the message loud and clear, while I saw their followers chime in and agree on a situation which they had no factual knowledge of. That sh*t is very annoying I might add. When things like this happen you want to retaliate, state your points, refute attacks on your character and send encrypted messages of your own, but why?  Why do that when you can talk to that person directly? I prefer going to the source, hashing it out or agreeing to disagree and then making some type of pact to keep our discourse off the streets out of respect.  Though in this day and age that usually isn’t everyone’s way of handling things. I had to think about the motive for going to social media rather than talk to the person you have an issue with.

See Also:  10 Reasons He Can’t Stop Being a Bachelor

Firstly, it’s a place to vent and get things off your chest. Secondly, people/followers that do not truly know the relationship or the person back you up, and the feeling that you get from supporters validates your actions, regardless of if you are truly in the right or wrong. Thirdly, it’s a great, public place to attack the character of that person. Lastly,  it’s a way to send messages to the person you are upset with without ever actually having to own up or interact with them directly. To me it’s cowardice, it’s a cop out, and it’s immature but who cares do whatever makes you feel alive and well.

In conclusion, I probably still will never air out an ex, friend, or ex-associate, I’ve always been a private person. I also will never engage in the act of agreeing with a clear attack on someone when I haven’t heard both sides of the story or don’t know the facts. I’ve always felt going the route of throwing shade was sucker sh*t. However and this is a big however, sometimes you have to defend your character. If someone wants to throw shade, sometimes you gotta play in the mothaf*ckin shadows. But never lose your integrity either, there are times when we stoop too low. Most times, no response is better than any response. If they really mean something to you and you care about them reach out, if they don’t want to reconcile move on. You’ll live, but not only that you’ll thrive, because your conscience is clear.

See Also:  The Twitter Effect: The pros and cons of social media

Have you ever aired out an ex on social media? Did it make you feel better? Have you ever been aired out? Did you guys ever reconcile? Read ‘These Hoes Ain’t Loyal: Is Our Generation Afraid of Commitment’ by @MissTashaRay on theSUNK.com

tags: airing exes out break ups social media throwing shade
previous 6 Dos and Don’ts for Dating During The Holiday Season
next You Are Appreciated: A Letter to Black Women