An Open Letter to Josh Smith: The Least Favorite Player on My Favorite Team 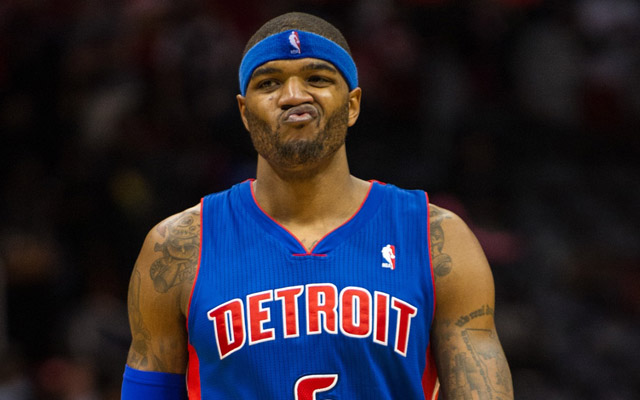 First of all…it’s not your fault I hated you.

You were just doing what you do. A few people share the blame:

First, I blame myself for letting hope get the best of me.

Hope is the fuel that drives sports. We hope our teams will defy expectations, win it all, and become a dynasty. We attend games hoping to see a highlight for the ages.

I hoped you’d be good in Detroit. Despite common sense and a ten-foot “…OR NAH” sign staring me in the face.

He knew you weren’t a fit for the team. Everyone knew it. But he gave you that money anyway.

Third, I blame the owner of the Pistons. Who cares who it was at the time. For allowing Dumars to spend the money.

But I don’t blame you. I even rooted for you on your draft day, when Jay Bilas kinda thre you under the bus. It’s not your fault you took the money offered. I’d take a four-year, $54 million contract to do almost anything. Seriously.

If someone offered me $54 million to run the CDC…a job I’m WOEFULLY unqualified for…I’d be rich and you’d all have ebola.

While I don’t blame you, I’m also incredibly happy you’re gone. I can’t believe the Pistons were willing to eat the remainder of your contract, and it warms my heart that they did. Truly.

You were a terrible fit with the roster, and probably the worst player on a terrible team in a depressing stadium when I went to see the Pistons on Black Friday.

Now we get to see the team closer to the image Stan Van Gundy envisioned when he took the reigns. That’s a good thing. If you weren’t a part of the future, it made more sense to get you off the roster in the present.

I hear Houston is the leading candidate for you, and that’s as good a fit as any. They love to shoot threes and you love to rebound. Win/win?

This is a weird feeling. Usually, the players who help drag my team down are on my permanent Shit List.

All these guys (and many others) were letdowns for my teams. I guess, in my heart of hearts, I knew you weren’t that good.

Well, I should say, you weren’t going to be good for my Pistons.

All the things you do well were already being done by Greg Monroe and/or Andre Drummond. You were redundant the day you signed. And I knew that.

See Also:  [INTERVIEW] Charlamagne Tha God on His Journey From Prison to Radio

Has a player on any of your teams ever made you feel this way? What would you do for four years and $54 million?